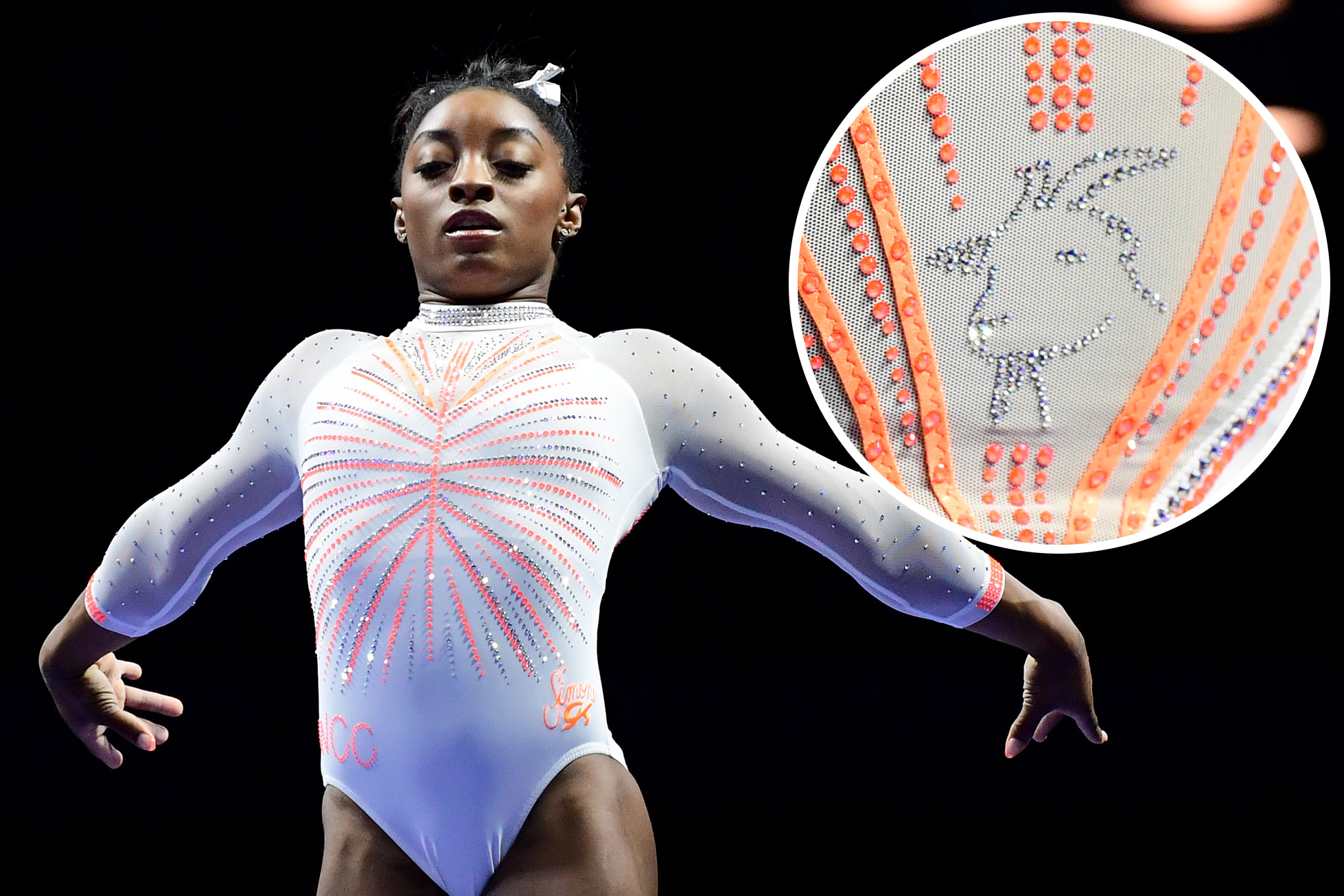 Simone Biles meant to ruffle some feathers with her bedazzled leotards.

Last month, the 24-year-old gymnast scored her seventh women’s all-around title at the US Gymnastics Championships, the most all-around titles for an American woman ever.

Plus, she did it wearing a series of self-referential leotards from GK Elite, each one embellished with a sparkling goat.

The new unofficial mascot, which fans have dubbed “Goldie,” was meant to represent Biles’ status as the Greatest of All Time (GOAT) — and send barbs to her detractors.

“The idea was to hit back at the haters,” she told Marie Claire.

“[The haters] were joking like, ‘I swear, if she put a goat on her leo, blah, blah, blah.’ That would make them so angry. And then I was like, ‘Oh, that’s actually a good idea. Let’s make the haters hate it, and the fans love it.’ And so that’s exactly what we did and why we did it.”

Each leotard featured “Goldie” the goat in different locations, including on Biles’ hip (pictured), back and shoulder.Getty Images

During the competition, the four-time Olympic champion became became the first woman to land a Yurchenko double pike vault in competition. She’s now gearing up for the 2021 Tokyo Olympic trials, which were postponed due to the coronavirus pandemic.

“I just hope that kids growing up watching this don’t or aren’t ashamed of being good at whatever they do,” she continued.

“I want kids to learn that, yes, it’s okay to acknowledge that you’re good or even great at something.”