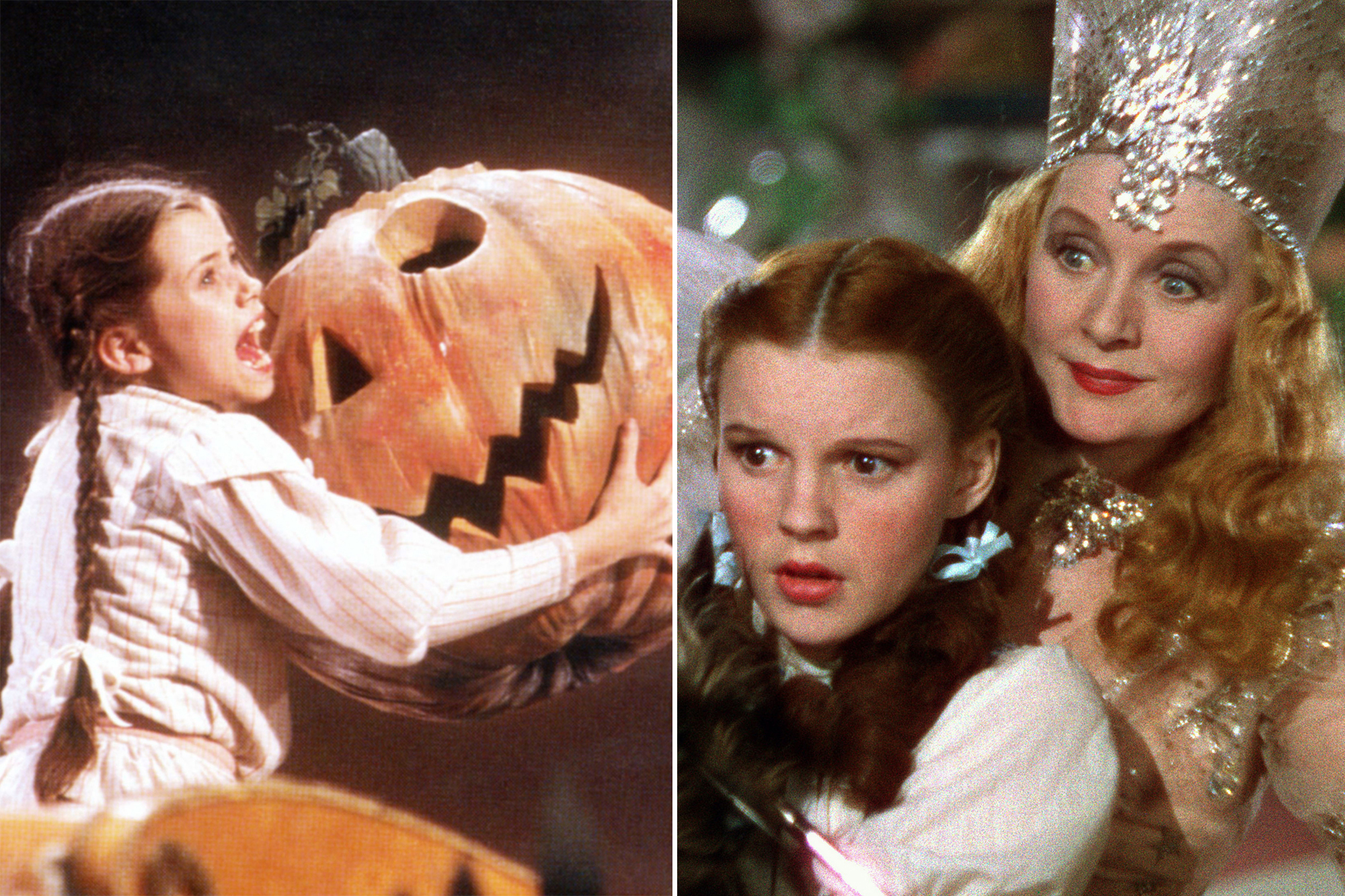 A new big-screen adaptation of L. Frank Baum’s children’s classic “The Wonderful Wizard of Oz” is headed our way like a cyclone, according to a Deadline report. The film from New Line will be directed by Nicole Kassell of HBO’s popular “Watchmen.”

Here’s an idea for her: Drive down to Ace Hardware, buy a jackhammer and rip up the Yellow Brick Road so nobody can ever access it again. Just like we did with “Peter Pan” and “Alice in Wonderland,” the world has reached critical mass with Dorothy and Toto.

The dreamy land of Oz and its characters have been plundered over and over again since Baum’s book was first published in 1900 and, yes, society has fond memories of exactly three riffs: 1939’s “The Wizard of Oz” (“Somewhere Over the Rainbow!” “The Wiz” (“Ease on Down the Road!”) and “Wicked” (“Defying Gravity!”).

The rest of them — and there is a boatload — bring to mind another catchy tune: “If I only had a brain!”

That’s because 99% of Oz adaptations are mindless gunk.

The first notable stinker after Victor Fleming’s Technicolor classic was a low-budget 1969 film called “The Wonderful Land of Oz,” based on Baum’s second novel “The Marvelous Land of Oz.” It is said to be faithful to its source, and is considered by some to be one of the worst movies ever made.

1978’s “The Wiz,” starring Michael Jackson, Nipsey Russell, Diana Ross and Ted Ross, was one of the only successes.Everett Collection

In the two years before Barry Mahon directed “The Wonderful Land of Oz,” he directed “nudie” flicks.Courtesy Everett Collection

His first go-round is a disturbing descent into misery and tastelessness that is barely watchable today. Mahon cast his son Channy as Tipp, a little boy who runs away to Emerald City and finds himself in the middle of a creepy palace coup. There are no stars, the setting appears to jump from shabby cabin to shabbier cabin and many of Tipp’s compatriots, including something called the Wogglebug, look like nightmarish insects. It’s on YouTube. Watch it if you want. I’m not your doctor.

Less than 20 years later, Disney sank its fangs into the Baum brand, too. In 1985’s “Return to Oz,” Dorothy (Fairuza Balk making her debut) lands with a thud back in Kansas six months after her stint in Oz. The annoying girl can’t stop rattling on about flying monkeys and a tin man, however, so a reasonable Auntie Em thinks she’s lost her marbles. Shock therapy, it is! Not so shockingly, the movie made just $11.1 million at the box office against a $28 million budget.

Then in 2013, that model of restraint James Franco wanted a piece of the action. He starred in a prequel (ugh) to the 1939 film called “Oz the Great and Powerful,” which Post critic Lou Lumenick hailed as “long-threatened!” It tries to explain how a Kansas huckster becomes a powerful leader, and why everybody is terrified of the Wicked Witch. It did not help matters that a decade earlier, the Broadway musical “Wicked” did a much better job of that. The aforementioned hag was played by Mila Kunis, who won an MTV Movie Award. A feather in her pointy hat.

The flops, they keep on coming.

James Franco starred in a prequel to the 1939 film called “Oz the Great and Powerful” in 2013. ©Walt Disney Co./Courtesy Everett

That’s because the most famous book, “The Wonderful Wizard of Oz,” has been in the public domain since 1956, so anybody can take a crack at it. Kassell and New Line’s prime advantage is that the 1939 film, which had original elements such as the ruby slippers, is in the Warner Bros. library. She can borrow whatever iconic elements she likes.

From the sound of it, though, this is going to be like every other film that gloats about how it will expose a classic to a new generation: a soon-to-be-forgotten dud. The dismal “Annie” with Cameron Diaz arrogantly tired to do that. So did “Charlie and the Chocolate Factory” with Johnny Depp.

I’ll tell you right now, if I have to watch a ginger Billie Eilish sing “Somewhere Over the Rainbow” in this thing, I’m changing professions. That’s a dare.

Please rip up the Yellow Brick Road so nobody can ever access it again.Courtesy Everett Collection