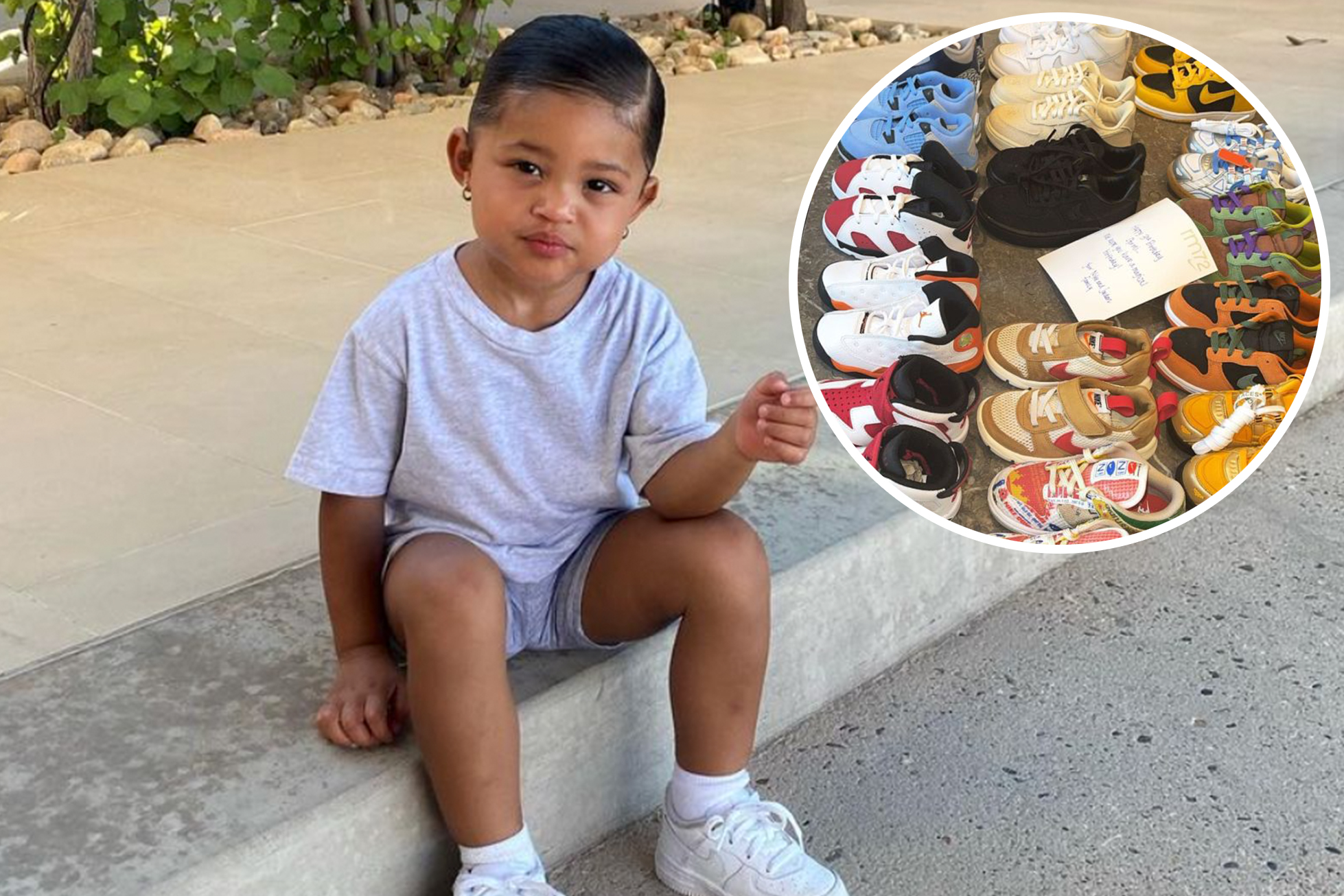 The beauty mogul, 23, took to her Instagram Stories Tuesday to show off the massive selection of shoes Stormi received for her 3rd birthday, courtesy of her “Nike and Jordan family.”

“My girl is so spoiled,” Jenner captioned a snap of her daughter’s 17 fresh sets of kicks, which included pint-sized Air Jordans, Nike Dunks, several styles from the brand’s Off-White x Rubber Dunk collection and some Stussy x Air Force 1s.

Each pair of Stormi’s new sneakers ranges in price from around $100 to well over $200, even for youth sizes — meaning her whole haul is easily worth four figures.

Jenner’s lucky little girl, who celebrating turning 3 with a “cousin party” instead of another big “StormiWorld” bash amid the COVID-19 pandemic, is no stranger to expensive accessories.

Her first handbag was a $27,000 Hermès Kelly, and she’s also the proud owner of a Louis Vuitton purse, a $12,000 Hermès backpack and plenty of diamond jewelry.