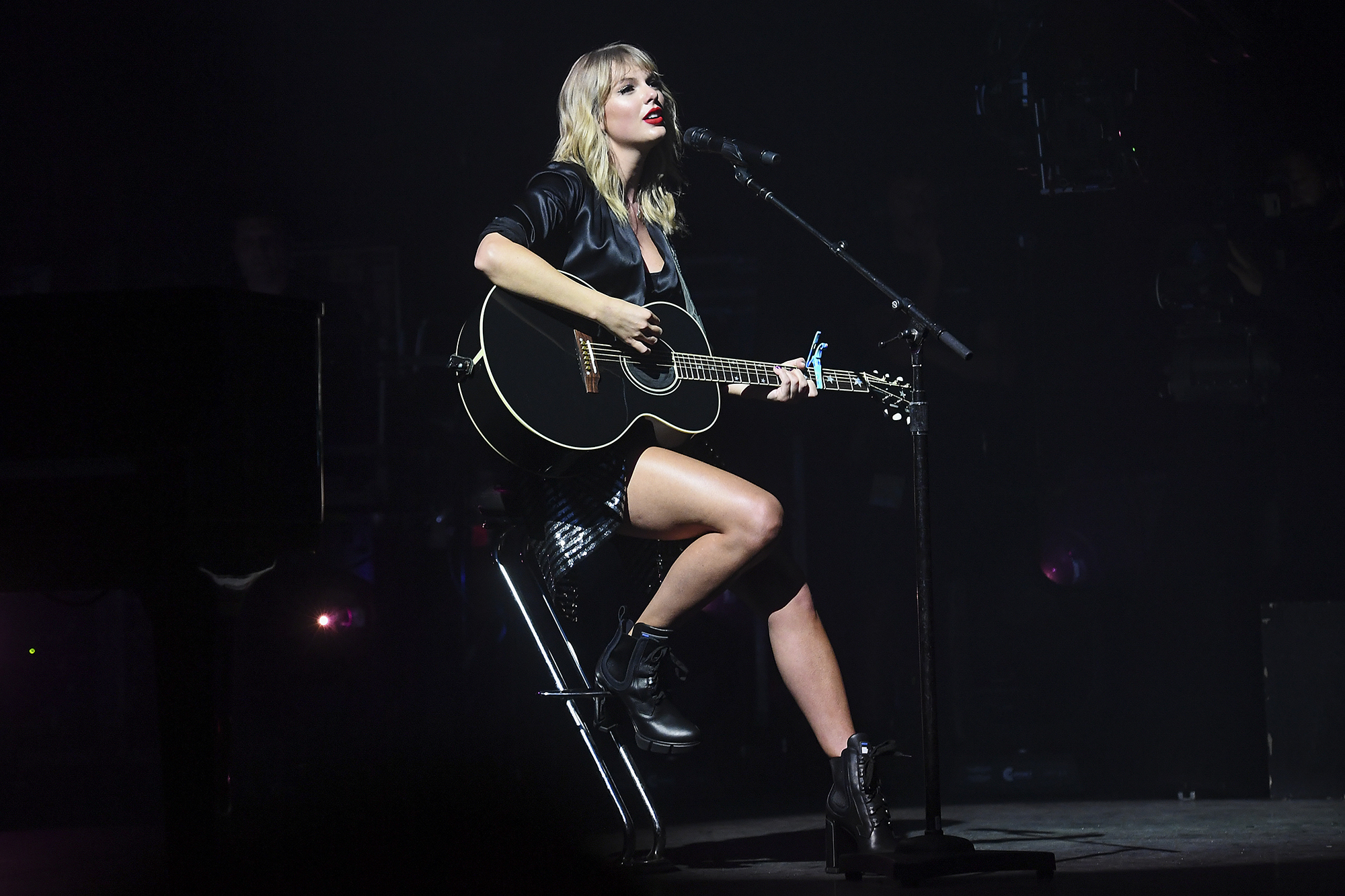 Taylor Swift is dropping a re-recording of her 2008 hit “Love Story (Taylor’s Version)” Thursday at midnight.

On “Good Morning America,” the singer revealed that she’s finished re-taping “Fearless” after the rights to her beloved album were sold. The record will be released on April 9, according to her website, however a vinyl of the new creation can be pre-ordered.

Swift initially lost the rights to Justin Bieber and Ariana Grande music manager Scooter Braun, who bought the master recordings of her first six albums along with her former label, Big Machine Records, in 2019. Following the sale, Swift claimed that Braun had banned her from performing songs from her back catalog (Braun has called the feud a “miscommunication”). But in November of last year, she became legally allowed to re-create the tunes. The 31-year-old “Evermore” artist has been re-recording versions of her discography.

In addition to the hit “Love Story,” the new “Fearless” will feature six never-before heard tracks “from the vault.” Swift wrote the songs when she was between 16 and 18 years old.

“I’ve now gone back and recorded those so that everyone will be able to hear not only the songs that made the album but the songs that almost made it the full picture,” Swift said.

In a tweet, Swift revealed the new album cover and a statement. “It was a real honor to get to be a teenager alongside you, and for those of you that I’ve gotten to know more recently since 2008, I am exstatic I’ll get to experience a bit of that feeling with you in the near future,” she wrote, in a cryptic note with certain letters capitalized where they shouldn’t be, leading fans to think there’s a secret message inside.

I’m thrilled to tell you that my new version of Fearless (Taylor’s Version) is done and will be with you soon. It has 26 songs including 6 never before released songs from the vault. Love Story (Taylor’s Version) will be out tonight. Pre-order now at https://t.co/NqBDS6cGFl 💛💛 pic.twitter.com/Vjyy2gA72O— Taylor Swift (@taylorswift13) February 11, 2021

On Twitter, fans celebrated the news. The hashtag #TaylorsVersion trended on the site.

In November, Swift said that “Love Story” was the most rewarding track to re-visit. “So far, of the ones I’ve recorded, I think it’s been the most fun doing ‘Love Story’ because the older music, my voice was so teenaged and I sometimes, when I hear my older music and my older young teenage voice, it makes me feel like I’m a different singer now,” she said.

In her note, Swift knocked the masters sale. “Artists should own their own work for so many reasons, but the most screaming obvious one is that the artist is the only one who really *knows* their body of work,” she said.

BTS fans love it — but what is the Muster Sowoozoo festival?