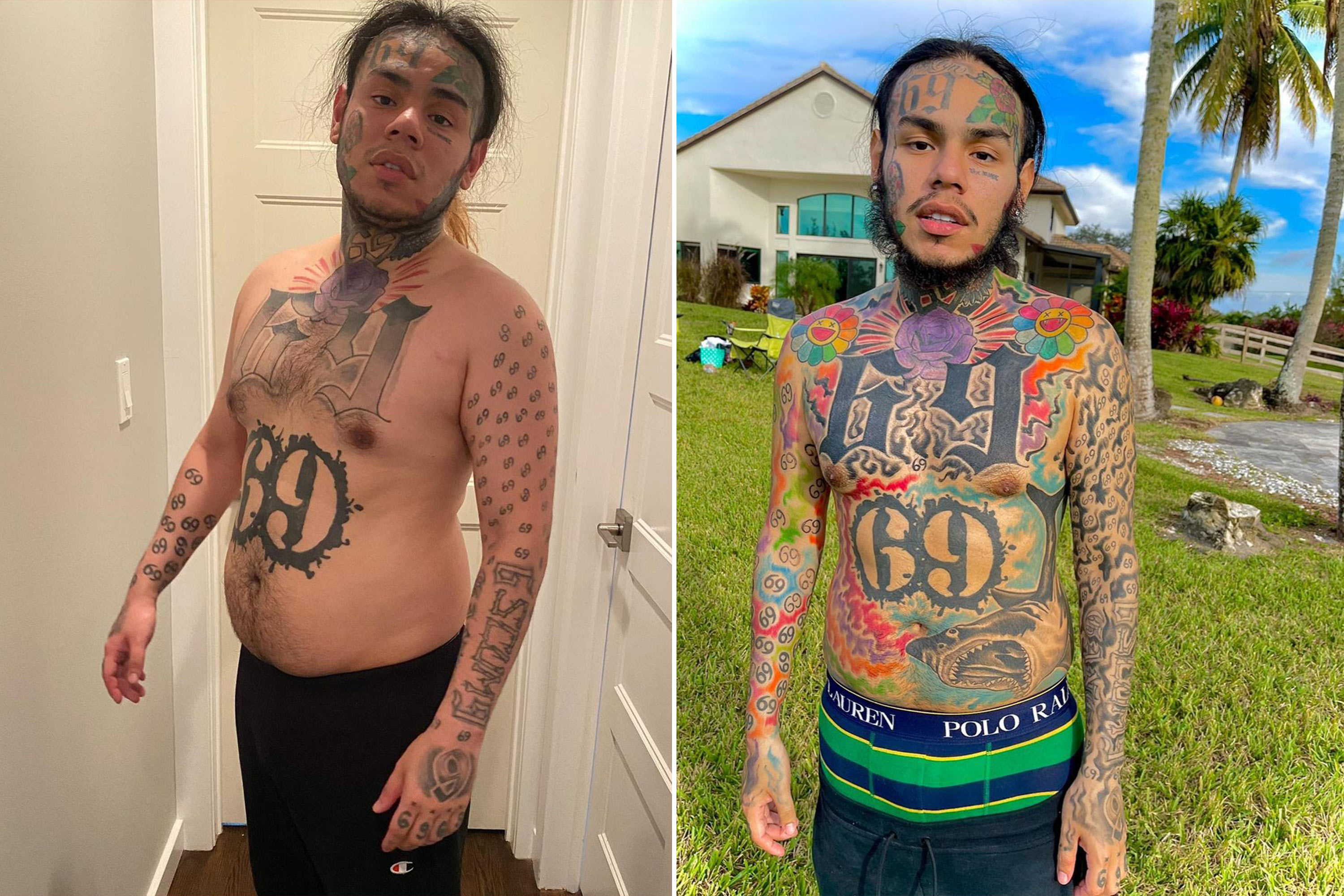 Rapper Tekashi 6ix9ine gained a large amount of weight while under home confinement following his prison sentence — but has managed to shed 60 pounds, according to new pictures he posted on social media.

“SO the real reason I LEFT Instagram and MUSIC for 6 months is because in September I was the biggest I ever got,” the 24-year-old wrote on Instagram Wednesday, along with a shirtless photo showing his weight gain. “I weighed 204 pounds and I was kinda going through a lot in life and I was just constantly eating and eating.”

The “FEFE” rapper, born Daniel Hernandez, decided to put his career on hold and focus on his health.

“I told myself to put the music to the side and focus on myself and here I am today 60 pounds lighter at 140,” he said, sharing videos of his body transformation.

The hip hop star ended the post with some swear words of inspiration.

“IN LIFE everyone needs a break, in the chaos of everything that is going on in your life, tell yourself ‘I control what happens in my life,’” he wrote. “Do NOT let anyone tell you that things you want it’s not possible, that’s FALSE! YOU WANT IT GO GET IT ! OWN THAT S–T ! I AM AND FOREVER WILL BE THE KING OF NEW YORK CHECK THE F–KING STATS !!!!!!”

Tekashi returned to Instagram this month after staying silent on social media since September 2020.

He was reportedly hospitalized after overdosing on diet pills a month later.

The rainbow-haired artist has been open about his mental health struggles and shared last year that he was suicidal while serving time in prison.

He was famously labeled a snitch for taking the stand against his Nine Trey gang members — a move that spared him decades in prison on racketeering conspiracy and other charges.

He ultimately was sentenced to two years in federal prison, including time served, but was released 17 months later in April 2020 due to the coronavirus pandemic, and ordered to serve out another four months on home confinement.

Lawyers for the Brooklyn native argued for his early release because he has asthma — a condition that landed him in the hospital while incarcerated.

Tekashi took to Instagram Live to defend singing to the feds in May 2020, saying his crew turned on him by plotting to kill him, with one sleeping with the mother of his child.