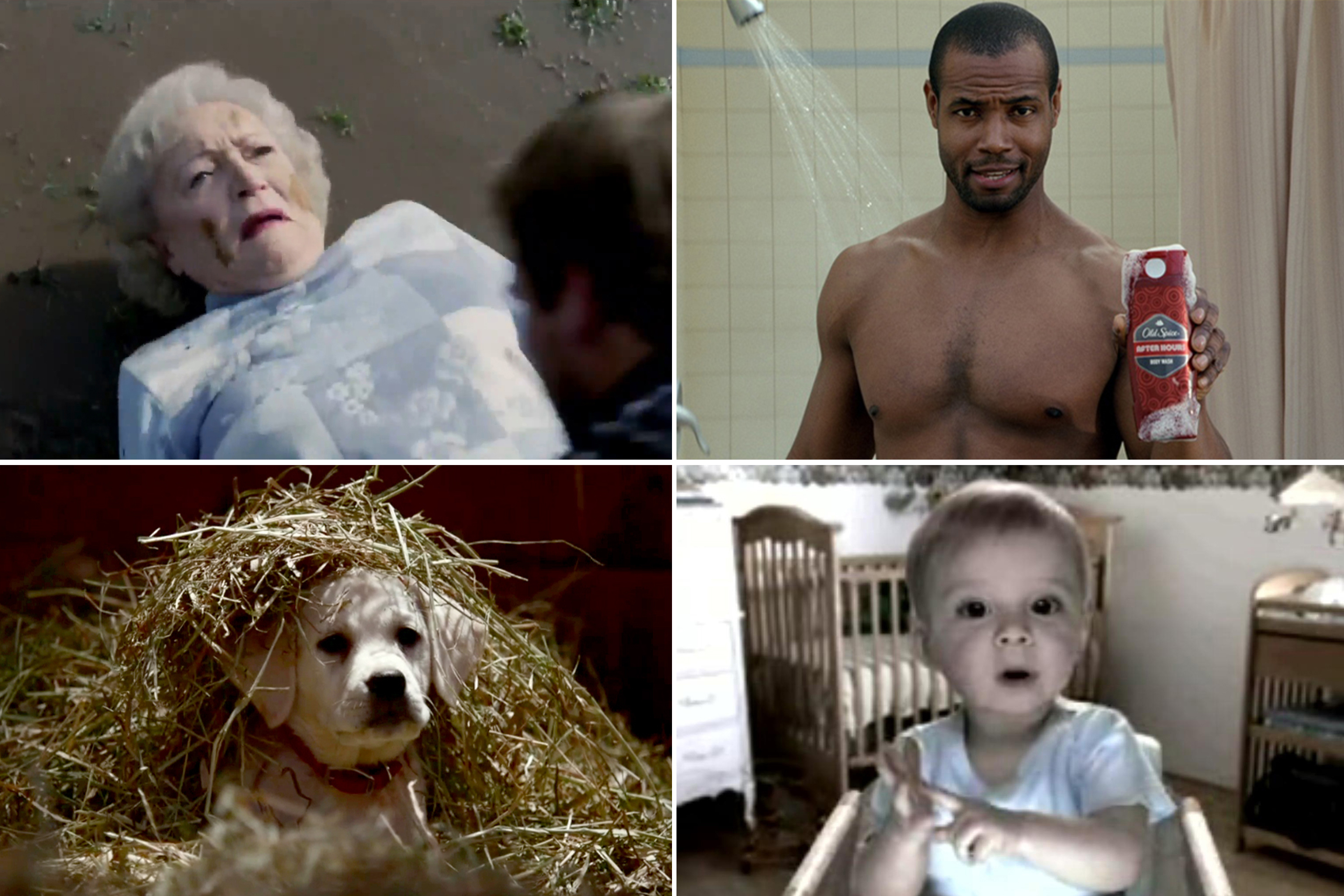 Super Bowl? What’s that? That little game that plays between the ads?

Sunday’s football match-off may be a battle between the Chiefs and the Buccaneers — but it’s also a fight for eyeballs: Marketing executives around the country have paid millions upon millions of dollars to get viewers to love their brand’s commercial during Super Bowl 2021.

The goal is to have the most memorable clip, one shared on YouTube for years to come — oh, and to sell a few beers and cars.

A bunch of this year’s spots have already dropped — halftime headliner The Weeknd has even starred in a couple of them himself. However, only time will tell if they’ll make it into the history books.

Ready for a walk down memory lane? Here are the best Super Bowl ads of all time.

Massachusetts locals Chris Evans of Sudbury and Rachel Dratch of Lexington marveled at Newton’s John “Johnny” Krasinski and his ability to park his Hyundai in the tiny spots in Boston’s South End.

These kids got their slang right: In Beantown they use “clickahs,” not remotes. This ad is like a scene out of “The Town,” without the guns. And who doesn’t love a cameo from Big Papi? Go Sox.

Oh, baby. It was 2008, the stock market was months away from crashing. But during the Super Bowl, E-Trade showed it was so easy to get involved in investing, a puking infant could do it. The babe stayed as their mascot until 2013. Looking back amid the Reddit GampeStop hedge fund takedown, the message rings a little different.

It was the ad that launched a revolution.

“On January 24, Apple Computer will introduce Macintosh,” an announcer reads, after a woman smashes a screen giving commands to a sea of followers. “And you’ll see why 1984 won’t be like ‘1984.’” It’s been 37 years, and Apple products are more ubiquitous than ever.

This 30-second spot ignited a storied tradition of out-of-the-box commercials from the brand, and became the dismay of marketing 101 students for years to come.

We all miss the Betty White-aissance. The Golden Girl made herself known to a new generation of fans by starring in 2009’s “The Proposal” and in a 2010 Snickers commercial.

In the spot, the then-88-year-old got pummeled during a game of football.

“Mike, you’re playing like Betty White out there,” a teammate told her. “That’s not what your girlfriend said,” she spit back.

Cindy Crawford was the It girl. She pranced to a vending machine in jorts and a sexy white tank while two young boys oogled her, or so we thought. “Is that a great new Pepsi can or what?” one of the children muttered. Don’t you love some casual misogyny? Nonetheless, it was a hit. In 2015, the brand tried to re-create the model magic by casting Kendall Jenner in a callous rip-off of the Black Lives Matter movement. It didn’t go over as well as Crawford’s ad.

The Old Spice guy will go down as one of the hottest brand mascots in history. With his debonair delivery, the man on-screen schooled the schlubby bros we were all sitting next to on the couch. The fast-paced one-shot ads were funny and effective — we couldn’t smell him or his Old Spice soap, but we sure as hell wanted to. It was a big upgrade for a body spray brand usually overused by middle school boys after gym class.

In this oldie but perpetual goodie, Wendy’s threw shade at Burger King and McDonald’s. Name-checking both the Whopper and the Big Mac, Wendy’s alleged that those burgers are all bread and no beef — literally.

“Where’s the beef?” the three little old ladies wondered, firing shots in the great Fast Food War. The beef was on their burgers, and on the screen. Three decades later, the phrase is still in use today.

Michael Jordan, meet Bugs Bunny. The two kings squared off in a cartoonish basketball game, complete with pantsing, holes in the floor, anvils, dunks and slams. “This will be the beginning of a beautiful friendship,” Bunny told Jordan at the end of the ad. Four years later, they starred in “Space Jam” together. With a sequel starring LeBron James set to be released this year, we may be seeing a redux of this ad during the upcoming game.

Let’s pretend Matthew Broderick, with all that “Ferris Bueller” money, drives a Honda.

Even so, this grown-up sequel to the classic ’80s flick shows Broderick taking a day off from acting to visit museums and sing in a parade.

Look familiar? The callback commercial even ends with the classic, “Life moves pretty fast, if you don’t stop and look around once in a while, you’ll miss it.”

All that’s missing is Alan Ruck in a hockey jersey.

Rose McGowan Speaks Out About Marilyn Manson Abuse Allegations, ‘He Wasn’t That Way With Me’
Gabrielle Union Praises Jazmine Sullivan – Check Out What He Had To Say About Her
Comment