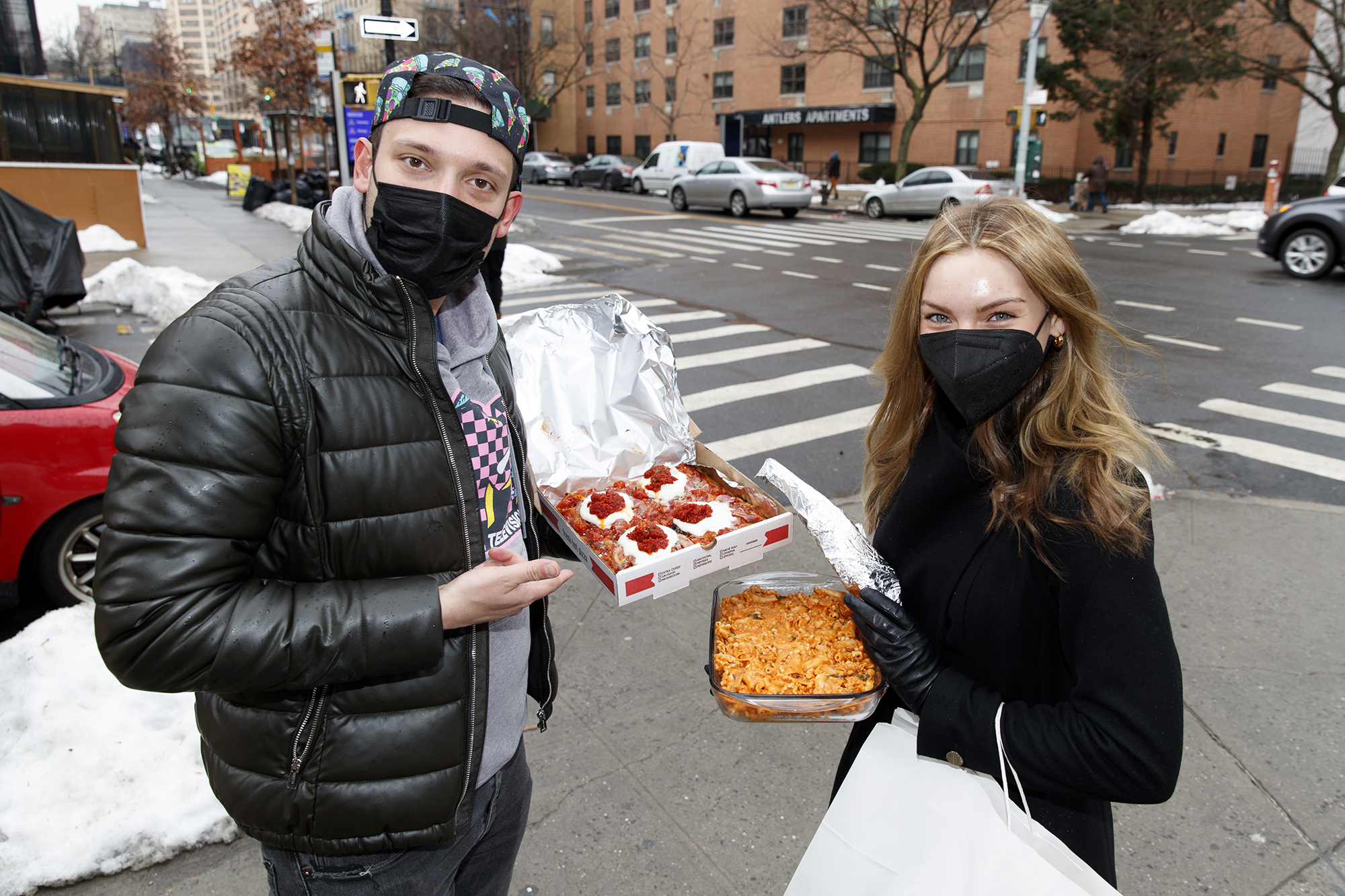 With a crust that leavens for 96 hours, flour imported from Italy and a distinctive rectangular shape, this pizza is a cut above what’s available at your local slice joint.

But you can’t get a reservation to try it — or even order a pie for takeout.

NYC’s most exclusive, sought-after pies are only available via barter. Hopefuls trying to score a small-batch pie have to sign up online, and if they’re chosen, trade their own offering of food or drink.

Gabriele Lamonaca, 30, gets five to 10 requests for his Roman-style pies every day through his site, UnregularPizza.com, but only has enough capacity in his Harlem apartment’s kitchen to turn out three or four per week.

“It’s heartbreaking not to be able to provide as many pizzas as people want,” he told The Post. “I put a lot of effort into each pizza, and I never repeat [the flavor combinations].”

Pizza maker Gabriele Lamonaca offers bespoke pies via social media. They don’t cost any dough, but customers have to bring their own dishes to trade. Ava King (above) swapped a baked ziti for one.Brian Zak/NY Post

He meets customers who find him through his Instagram account in the streets to trade his creations for their own signature dishes or bottles of wine.

The Rome native came to New York in 2008 to study chemistry at St. Francis College in Brooklyn Heights and learn English, but said he was always drawn to restaurants and had the goal of opening his own place. In 2017, he took a job managing the line at a Brooklyn Chipotle. “I really wanted to understand how Americans use their lunch hour,” he said. Since then, he’s worked for Cacio e Vino in the East Village, various Italian food distributors and Filaga, a pizza shop in Chelsea Market.

Lamonaca — who’s hoping to open his own restaurant this coming spring — started experimenting with recipes in earnest when COVID-19 hit and work in the restaurant industry dried up.

He brings his science chops to his kitchen in Harlem, which he shares with his filmmaker girlfriend, turning out pizza with dough that leavens for three days. “The longer it’s leavened, the lighter the dough and the crunchier the crust,” said Lamonaca, who then tops his pies with favorites such as burrata cheese, zucchini, anchovies, cold cuts and, for a Super Bowl pie, fried chicken.

His flour is imported from Italy, and he buys local, organic produce, often from Union Square Market. He estimates that each pie costs $25 to produce.

Friends began requesting pies for themselves, jealous of the mouthwatering pics Lamonaca posts. Not wanting to take cash from them, he devised a different type of transaction. “I really wanted them to try it, and I figured everyone was cooking in their homes, so I told them to give me whatever they were making in return.”

He said there’s some historical precedent for bartering. During leaner times in post-World War II Italy, “My grandmother would bake bread and press olives into oil, and trade it to neighbors for eggs,” he said.

In modern-day NYC, trades include everything from chocolate cake to chicken Milanese to the fermented tea called kombucha.

“I brew my own, so I bartered half a gallon for a pizza,” Christina Nee, 23, of Prospect Heights, told The Post of her December barter. She passed off a bottle of her DIY drink to Lamonaca in Union Square Park, then scarfed down his pesto pizza on a nearby bench with her boyfriend.

Trades with Gabriele Lamonaca include everything from chocolate cake to chicken Milanese to kombucha. Here, he receives a heart-shaped crostata from Kiari de Paola (center). Courtesy of Gabriele Lamonaca

“It was the best pizza I have ever had,” she said. “I went to Italy last year, and the pesto was so good. This tasted exactly like it.”

Thirty-five-year-old Kiari de Paola, who is Italian herself, was also chasing that genuine flavor when she connected with Lamonaca through social media. For her barter, she whipped up an Italian dessert known as a crostata, in the shape of a heart for Valentine’s Day. The pair met in the Meatpacking District for the trade, where she scored a burrata pie with sliced zucchini and a red-cabbage sauce that she said reminded her of home.

“I will definitely want to try more of his pizza,” said the Astoria resident and food blogger, who leads local tours through her travel agency New York City 4 All. “Not only because it was delicious, but because it’s authentic Italian.”

Lamonaca said the trades are “exciting,” and added, “You never know what you’re going to get in the barter.” But fans are hoping for the day where they won’t have to whip up a dish of their own to get a taste of his pizza.

“When Gabriele opens his shop, we’ll be there on opening night,” said Nee.