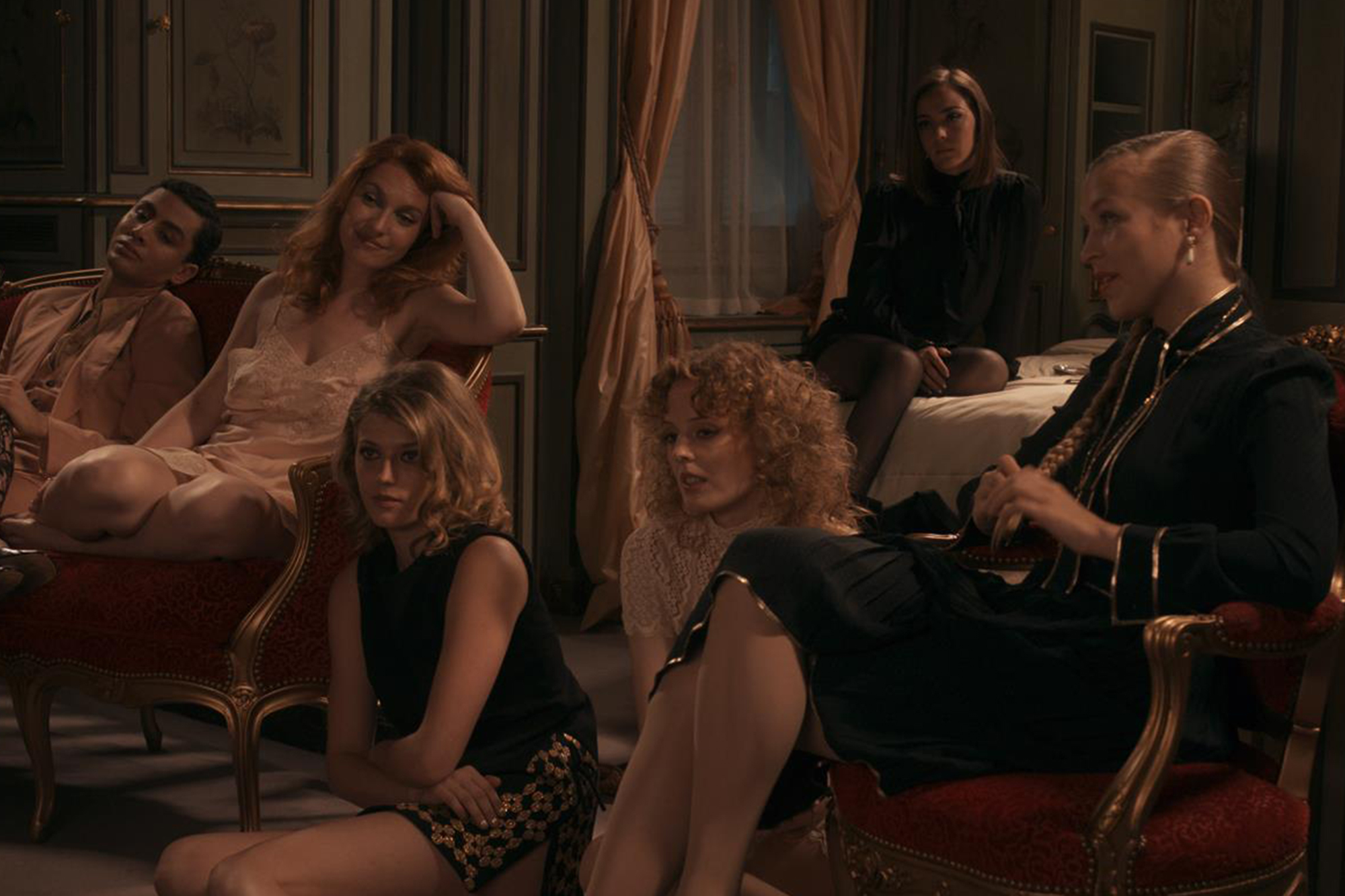 Set in the 1960s, this steamy, nudity- and bondage-filled Netflix biopic chronicles the infamous French madam Fernande Grudet, who came to operate the world’s most highly-sought brothels. The establishment boasted global clientele including political elites, foreign dignitaries and stars of Hollywood, such as John F. Kennedy, Marlon Brando and Libyan revolutionary Muammar Gaddafi.

Kennedy, who heard about the glamorous gals from his buddy Frank Sinatra, allegedly requested a type of call girl eerily similar to his own wife.

“If JFK had a type, it was the wholesome, snooty, proper, preppy girl whose flaunted untouchability he could violate . . . girls like Jacqueline Bouvier,” wrote William Stadiem, author of  “Madame Claude: Her Secret World of Pleasure, Privilege, & Power.” “Here was a madam who specialized in exactly what JFK was after.”

Grudet referred to her female sex workers as “Claude girls.”Netflix

The eventual “Queen of Sex” was born on July 6, 1923, in Angers, France. However, her personal history comes with its own air of mystique. And few now can correct the record, as the self-mythologizing Madame Claude died at 92.

In her 1994 memoir, “Madam,” Grudet claimed to have hailed from an aristocratic family and to have attended school at a convent, of all places. She also wrote that she had enlisted in the Resistance during the Nazi regime and survived an extermination camp. One tale claims that, in her heyday, she was called on by the CIA to help, uh … maintain goodwill between world leaders during the Paris Peace Accords. Sure, we’ll call it that.

Historians have been unable to verify much of these claims. In other statements, it’s been said that Grudet had come from modest means, and fell into sex work when she moved to Paris in her mid-20s.

By 1961, she had come to run the most exclusive prostitution network in Paris, and, incidentally, the world. “There are two things that people will always pay for: food and sex. I wasn’t any good at cooking,” she was reported to have said in an early biographical account.

In the toney 16th arrondissement of Paris, Grudet managed hundreds of women and girls, dubbed “Claudettes,” as well as some men during her heyday, catering to a high-profile clientele who often pulled strings to keep her and her workers out of trouble with the law — among them Aristotle Onassis, the Shah of Iran, Israeli Defense Minister Moshe Dayan, Viceroy of India Lord Mountbatten and French banker Elie de Rothschild, whose family is one of the most powerful in the world.

In his book, Stadiem recounted an ill-fated hookup between JFK and one of Grudet’s women — a farce that led the then-president going door-to-door in the middle of the night in search of his midnight snack. (Turns out he was at the wrong building.)

During the French presidency of Valéry Giscard d’Estaing, Grudet was sought for 11 million francs in back taxes, and later jailed as a result of her evasion.Netflix

Madame Claude’s reign was short-lived as center-right French president Valéry Giscard d’Estaing, elected in 1974, set out to shut down prostitution in Paris.

When auditors came down on Grudet for 11 million francs in unpaid taxes, the madam fled to Los Angeles. Friend Sylvette Balland has said of her introduction to Grudet at a party in LA, “It was like meeting Al Capone,” according to Vanity Fair.

Following her heyday in the 1960s and early 70s, Grudet lived in and out of hiding to escape conservative French authorities. Netflix

Grudet remained in hiding until 1986, returning to ride out a four-month jail sentence. Upon her release, she attempted to revive her once-thriving business, only to be caught and, later, convicted of pimping, jailed again.

After the release of her 1994 memoir, Grudet soon slipped back into hiding, and spent the later part of her life reclusively, in the French Riviera, before her death in 2015.

Dr. Drew Pinksy Argues That ‘Vaccination Passports’ Will Segregate Citizens Travelling Internationally And Social Media Drags Him!
Katey Sagal is ‘Rebel’ with a cause in new ABC series
Comment