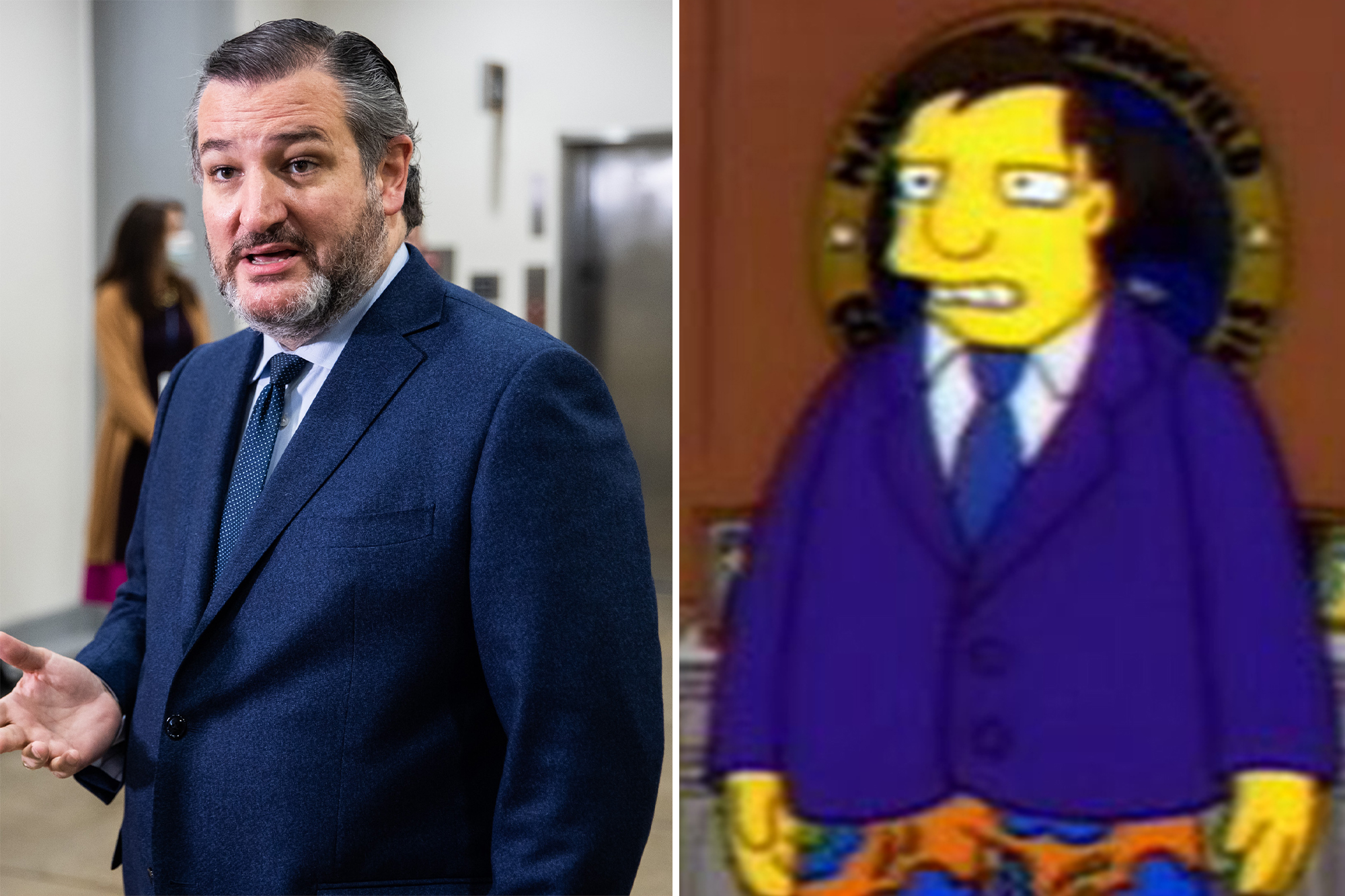 At this point “The Simpsons” are running rings around Nostradamus.

The 32-year-old animated comedy has once again shocked fans and thrilled online meme makers because of a decades-old scene that accurately predicted a modern news event — this time, Sen. Ted Cruz’s embarrassing mid-disaster jaunt to Cancun.

A 1993 episode of the Fox show titled “Marge in Chains” featured a scene showing Springfield’s Mayor Joe Quimby broadcasting a press conference to inform his cartoon citizens about a pandemic ravaging the Simpson clan’s hometown.

As the Kennedy-sounding Quimby sends out his message to voters, however, it’s revealed that he’s actually standing on a beach in the Caribbean in a bathing suit, and only standing in front of an office set while wearing just the top half of his suit.

Similarly, Sen. Cruz was prompted to issue a statement claiming that he had flown to Cancun, Mexico this week to chaperone his family, but had every intention of returning to Texas immediately — where nearly 300,000 Texans have found themselves without power for multiple days during historic snow and ice storms this month.

So far, nearly 50 people have died from the severe winter weather event.

Cruz later admitted it was “a mistake.”

The scenario sees Springfield Mayor Joe Quimby broadcasting a press conference to inform the public about a pandemic, and assure he had not escaped to the Bahamas.Fox

“Surely this has been said, but not abandoning your constituents to take a tropical vacation is such a comically low bar that it’s literally a Simpsons gag,” wrote podcaster Jesse Brenneman.

“‘The Simpsons’ have done it again,” tweeted one fan alongside the episode clip in question.

This is hardly the first time the show has shown an eerie ability to foreshadow future events.

There are perhaps dozens of bygone premonitions dreamed up by “Simpsons” animators.

Most recently, it was Vice President Kamala Harris’ aubergine power suit, worn during the Presidential Inauguration on Jan. 20, that reminded viewers of the time Lisa Simpson, while also wearing a purple three-piece, became the first female president of the US, in an episode that aired over 20 years ago.

The same episode also produced an early harbinger of the Donald Trump presidency, during which President Lisa Simpson complains that she’d “inherited quite the budget crunch from President Trump.”