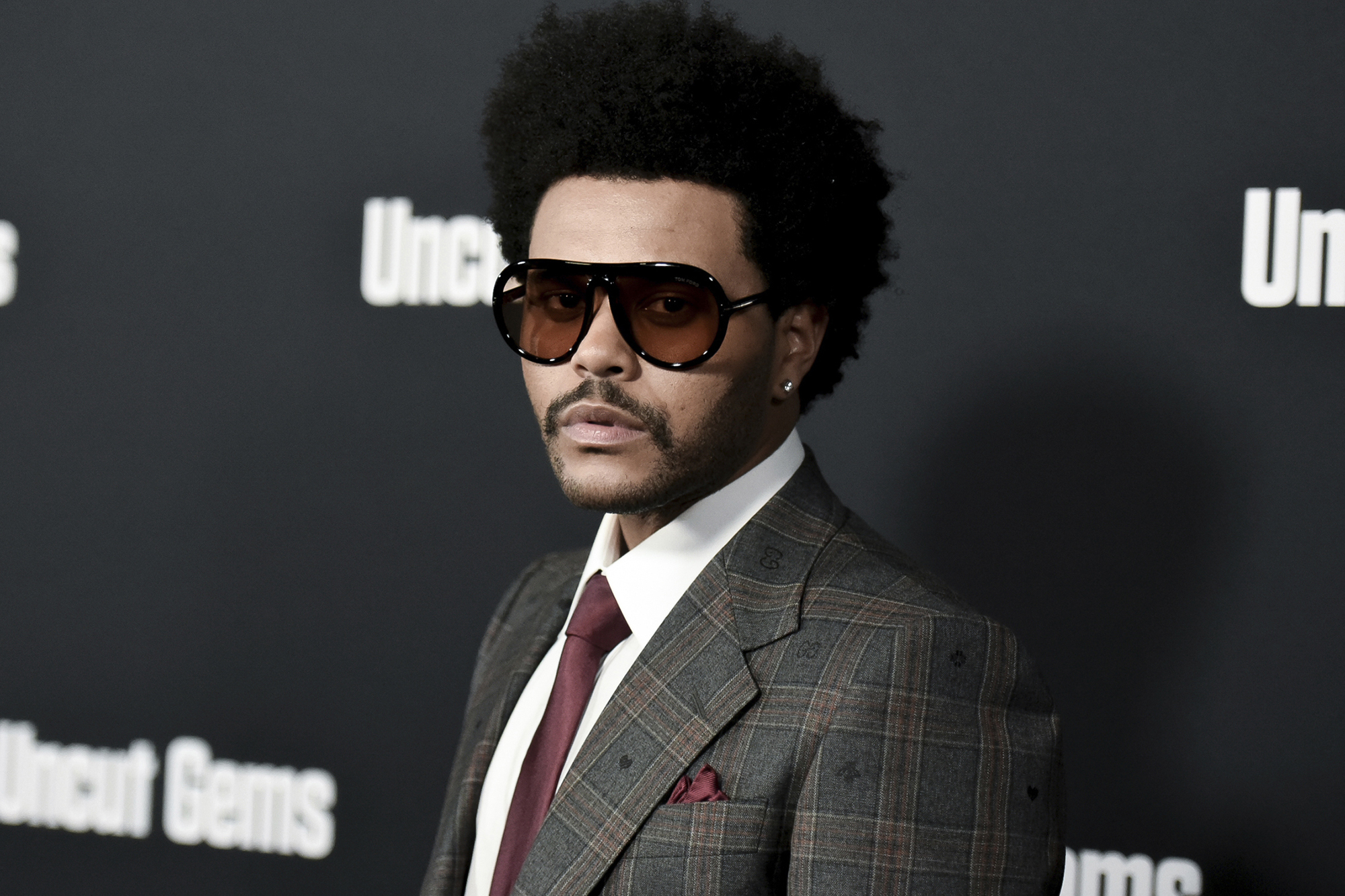 Save your tears: The Weeknd is not crying over being snubbed by the Grammys.

Sending IDGAF vibes to the Recording Academy for excluding him from the list of 2021 Grammy nominees, The Weeknd, 30, made it clear that he is utterly unfazed by the affront.

“Forget awards shows,” the pop powerhouse told Billboard, noting that his collection of gilded gramophone trophies are totally insignificant to him now.

“Look, I personally don’t care anymore. I have three Grammys, which mean nothing to me now, obviously,” The Weeknd, real name Abel Makkonen Tesfaye, insisted.

“It’s not like, ‘Oh, I want the Grammy!’ It’s just that this happened, and I’m down to get in front of the fire, as long as it never happens again. I suck at giving speeches anyways. Forget awards shows.”

Despite his newfound indifference to being ignored by the Grammys voting committee, the “c” crooner did liken the Recording Academy’s rebuff to a “sucker punch.”

“I use a sucker punch as an analogy,” The Weeknd said. “Because it just kind of hit me out of nowhere. I definitely felt … I felt things. I don’t know if it was sadness or anger. I think it was just confusion. I just wanted answers. Like, ‘What happened?’”

His acclaimed 2020 album, “After Hours,” featured certified-platinum single “Blinding Lights,” which spent a record-breaking 43 weeks in the Top 5 and the Top 10 of the Billboard Hot 100.

“We did everything right, I think. I’m not a cocky person. I’m not arrogant,” The Weeknd added. “People told me I was going to get nominated. The world told me. Like, ‘This is it; this is your year.’ We were all very confused.”

Upon the Recording Academy’s announcement of its 2021 noms in November, The Weeknd publicly bashed the awards show for giving his hot hits the cold shoulder.

“The Grammys remain corrupt,” the Canada native tweeted. “You owe me, my fans and the industry transparency …”

The Grammys remain corrupt. You owe me, my fans and the industry transparency…— The Weeknd (@theweeknd) November 25, 2020

In January, fans of the “Starboy” suspected him of firing off more shots the Grammys’ way via visuals — including startling faux plastic surgery — in the video for “Save Your Tears.”

In one scene, The Weeknd is center stage, holding a golden trophy that he flippantly hurls off camera.

Shade sleuths on Twitter almost immediately concluded that the singer’s on-screen savagery was a thinly veiled dig at the Recording Academy and its secret band of unnamed voters.

One fan tweeted: “So [The Weeknd] on stage performing, physically looking fake and not his true self. He’s performing for a crowd full of masked people. the crowd could symbolize the Grammys voters bc I don’t think we know who they are irl.”

So Abel’s on stage performing, physically looking fake and not his true self. He’s performing for a crowd full of masked people. the crowd could symbolize the Grammys voters bc I don’t think we know who they are irl. pic.twitter.com/pbyixlRkvc— aqua | protect black women (@xoharris2000) January 5, 2021

Those suspicions were echoed by another social media detective who said: “The Weeknd’s newest video ‘Save Your Tears’ depicts The Weeknd with a chiseled face performing around people with masks. This is a diss to the Grammys. Abel also throws a Trophy(Grammy)Away. These people with masks are supposed to be celebrities.”

The Weeknd’s newest video “Save Your Tears” depicts The Weeknd with a chiseled face performing around people with masks. This is a diss to the Grammys. Abel also throws a Trophy(Grammy)Away. These people with masks are supposed to be celebrities.— We All Fall (@a_weeknd) January 5, 2021

There has been speculation that The Weeknd’s snub was birthed out of the Grammys wanting some kind of exclusivity to their artists, while he is set to slay the Super Bowl halftime stage with a $7 million showcase Feb. 7.

Recording Academy chair and CEO Harvey Mason Jr. denied those claims, saying in a statement to Rolling Stone: “Unfortunately, every year, there are fewer nominations than the number of deserving artists … To be clear, voting in all categories ended well before The Weeknd’s performance at the Super Bowl was announced, so in no way could it have affected the nomination process.”

The Weeknd intimated that race might have played a role in his chart-toppers being denied nominations.

“If you were like, ‘Do you think the Grammys are racist?’ I think the only real answer is that in the last 61 years of the Grammys, only 10 black artists have won Album of the Year,” he said to Billboard. “I don’t want to make this about me. That’s just a fact.”