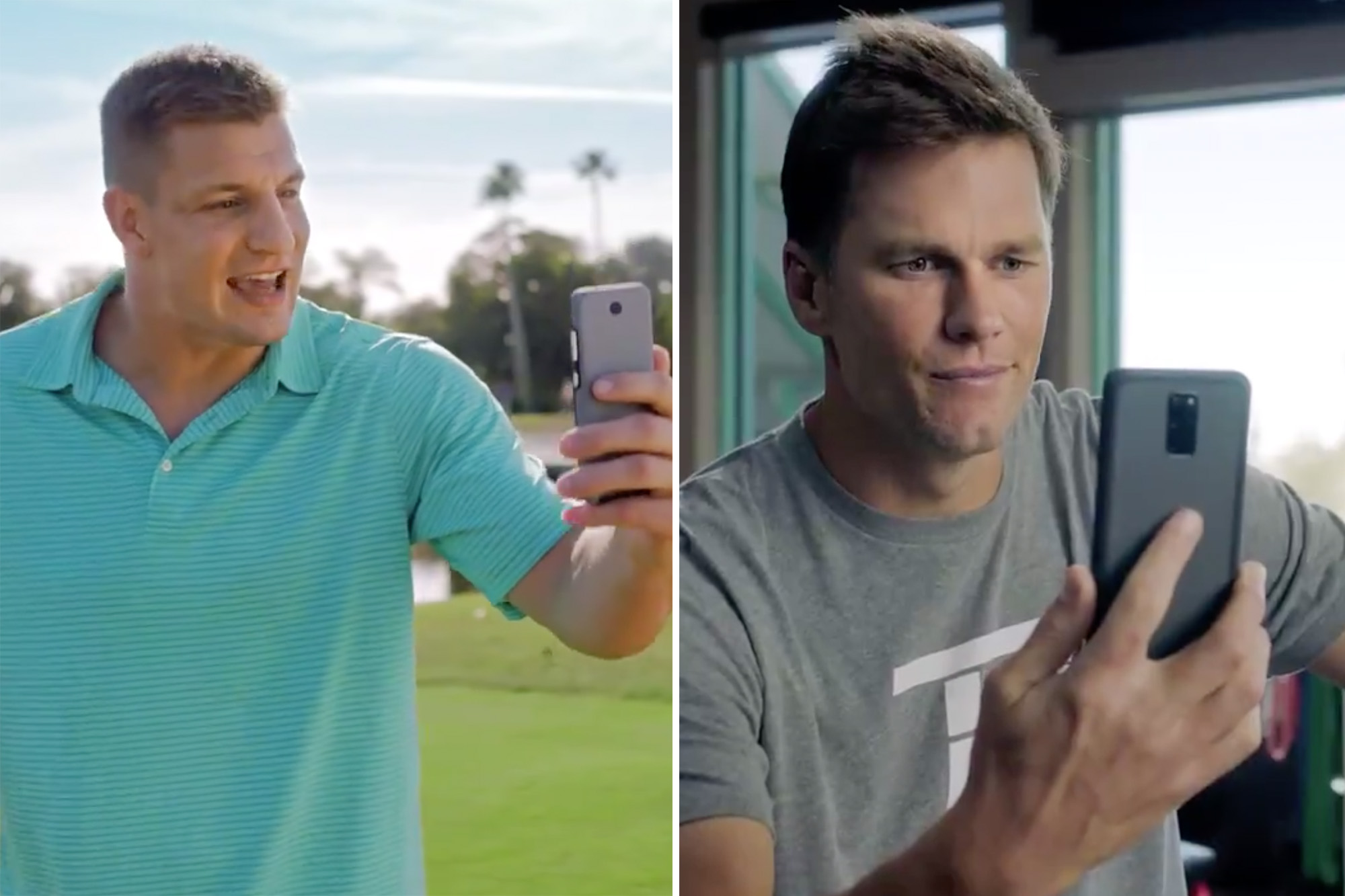 Gronk and Tom Brady are going head to head — in a quirky new Super Bowl 2021 commercial.

The two former Patriots teammates, who reunited as Tampa Bay Buccaneers, appeared in a T-Mobile ad that debuted Friday ahead of Sunday’s big game against the Kansas City Chiefs.

In the commercial, which takes place last year, Brady, 43, calls up his teammate to ask what his next move should be — after two decades in the game and six Super Bowl rings on his hands.

“I got one word for you: Retirement,” a formerly retired Rob Gronkowski, 31, tells Brady while putting around on a sunny golf course. “If you retire now, you’re gonna be walking on soft sand in a week. Retirement is like winning another one! Maybe I’ll even join you.”

Except, that’s not what Brady heard, no thanks to his “spotty network,” a voiceover says.

Tom Brady and Rob Gronkowski joke about retirement in a commercial for the Super Bowl.YouTube

“If you retire now, you’re soft and weak,” the garbled feed yells out. “Just come to Florida and win another one.”

“Like it’s that easy, Gronk,” Brady says to himself after the call. Fast forward to this year, and the rest is history. “I’m taking Gronk with me,” Brady vows in a fake press conference at the end of the ad.

So that’s how they both ended up in Tampa. Maybe spotty networks aren’t such a bad thing after all.

The Brady-Gronk gag is just one of the Super Bowl 2021 commercials released early ahead of Sunday’s big game, which kicks off at 6:30 p.m. on CBS. Fellow football great Joe Montana also appeared in an ad for Guinness, while a different-kind-of-great John Travolta and his daughter Ella revived Travolta’s “Grease” moves in a now-viral ad for Scotts & Miracle Gro.