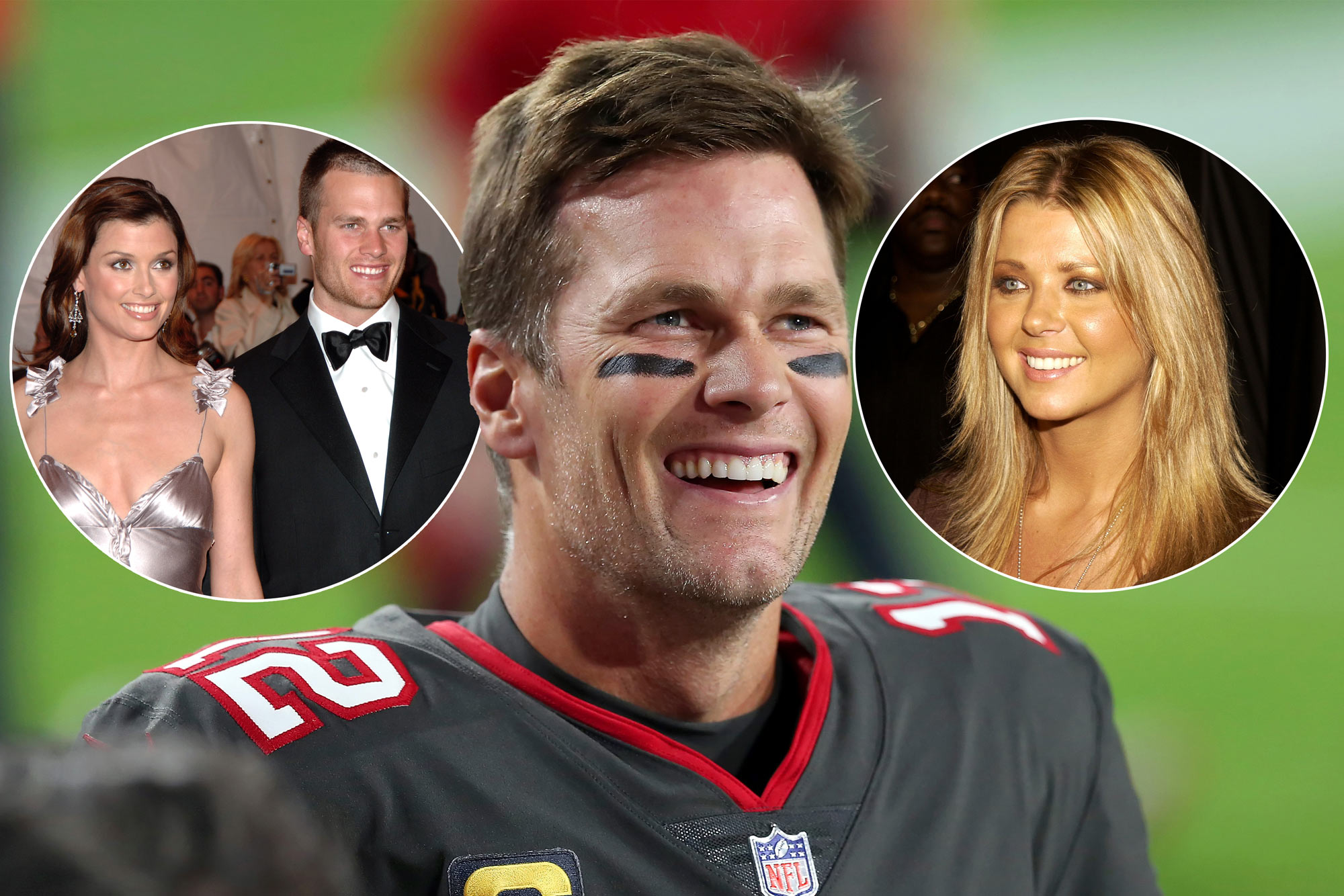 There’s no question that Tom Brady has quite the support system.

Set to play in his 10th Super Bowl on February 7, 2021, the Tampa Bay Buccaneers quarterback will have quite the fan section on game day, likely headed by his supermodel wife, Gisele Bündchen.

Married since 2009, Brady and Bündchen have two children together, son Benjamin and daughter Vivian. The quarterback also shares a teenage son with his ex-girlfriend Bridget Moynahan.

While Bündchen and Moynahan have both showed their Buccaneers pride for Brady, others once cheered for the former New England Patriots quarterback.

In 2002, Brady briefly dated to model Layla Roberts, who was named the Playmate of the Month in October 1997.

Brady was also rumored to have been involved with Tara Reid in 2002. When asked about her alleged romance with the quarterback, Reid claimed she kissed the quarterback.

Brady and Bridget Moynahan began dating in 2004. The actress, who has appeared in “Sex and the City,” “I, Robot,” and “Blue Bloods,” dated the then-Patriots quarterback until December 2006.

“[They] amicably ended their three-year relationship several weeks ago. We ask for your respect and consideration of their privacy,” a rep for Moynahan told People at the time.

In early 2007, however, Moynahan discovered she was pregnant with Brady’s child. The NFL star had since started seeing future wife Bündchen.

“Two months into our relationship, Tom told me that his ex-girlfriend was pregnant. The very next day, the news was everywhere, and I felt my world had been turned upside down,” the supermodel penned in her memoir, “Lessons: My Path to a Meaningful Life.”

Moynahan welcomed her only child with Brady, son Jack, in 2007. She has been married to businessman Andrew Frankel since 2015.

Brady’s biggest fan Bündchen penned a letter to New England in March 2020, shortly after the quarterback announced he was leaving the Patriots.

“What a ride the last decade has been,” the supermodel posted to Instagram. “Boston has been so good to us and will always be in our hearts. We will forever have wonderful memories.

“Our kids were born and raised there and we have made special friendships to last a lifetime. I’ll miss our friends, the beautiful change of seasons and the rides to the stadium to go cheer for Tom and the Pats. Thank you to everyone who has been so supportive of my husband and our family throughout all these years. We will miss you!” she continued.

The family has since relocated to Florida, where Brady and Bündchen are still as playful as ever. In May, the couple participated in a TikTok challenge, revealing who is the most stubborn and spoiled of their relationship.