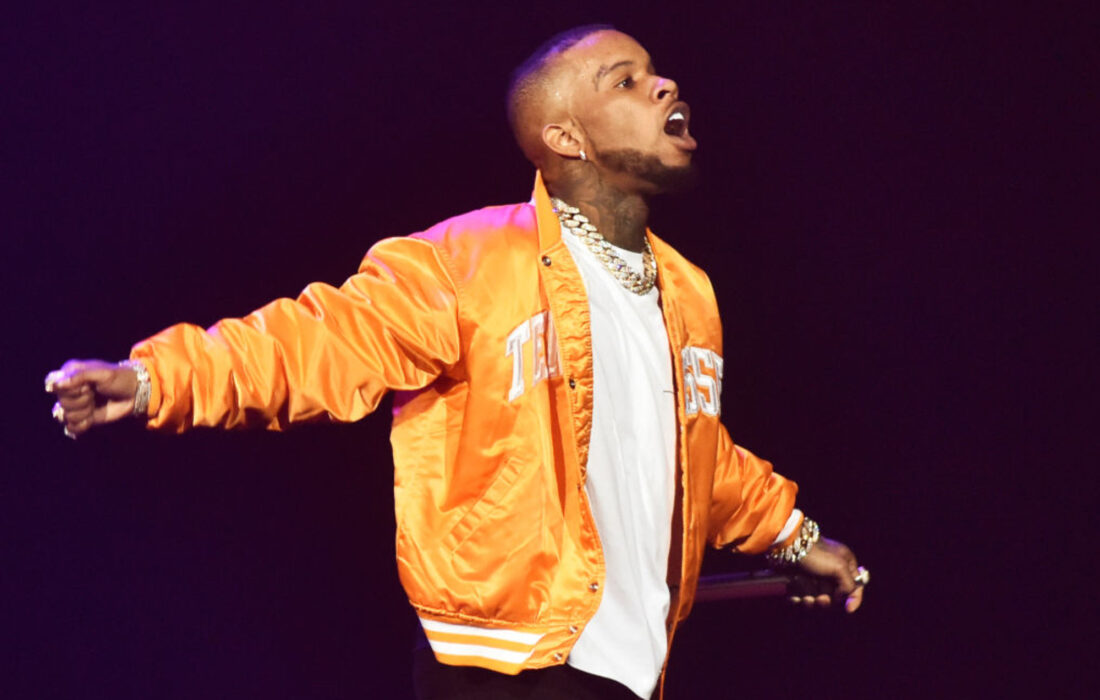 Being a celebrity undoubtedly comes with a lot of advantages, but it’s not clear if the downsides are worth it all of the time. Tory Lanez, for instance, recently came under fire in a big way on Twitter when a picture of his balding head went viral.
As you may or may not know, Tory has already struggled publicly since the summertime of 2020 as a result of his very brutal feud with Megan Thee Stallion. The “Savage” rapper accused Tory of shooting her in the foot right after a house party, which led to an ER visit, stitches, and more.
RELATED: Tory Lanez Complains Of ‘Colorism’ On Set Of New Music Video
Since then, Tory has been very inactive especially as he’s currently going through the legal system. He was charged with possession of a firearm in addition to felony assault with a weapon, which means it’s possible the Toronto artist could be serving serious jail time.
The relevance of this story has to do with the way social media has reacted to the picture thus far. In other words, Tory allegedly shot a woman and he’s also a celebrity, so to many people on the internet, he is more than fair game for trolling.

RELATED: Fans Think Tory Lanez Has Thrown Subliminal Shots At Megan Thee Stallion
According to Hot New Hip Hop, a photo of the rapper playing basketball with his friends went viral on the 16th of February, and ever since then, people have been blasting Mr. Lanez on Twitter.
Interestingly, the picture shows several bald spots on the rapper’s head to the point where it’s probably not even androgenic alopecia, which is usually the case of balding in men. It’s unclear why the rapper is losing his hair in such an unorthodox and uncommon fashion, but regardless, it appears to be slowly fading away.
The publication noted above says that Tory has normally been able to take shots from people without issue, so he’ll likely be able to take the insults this time as well.
However, as it was noted above, Tory’s reputation isn’t quite what it once was, so the comments were a bit meaner than they normally would be.
Advertisement

Cardi B Responds To Fan Who Says She Focuses Too Much On Album Sales And Music Charts
Demi Lovato – Is She Ready To Date Again After Her Max Ehrich Breakup?
Comment