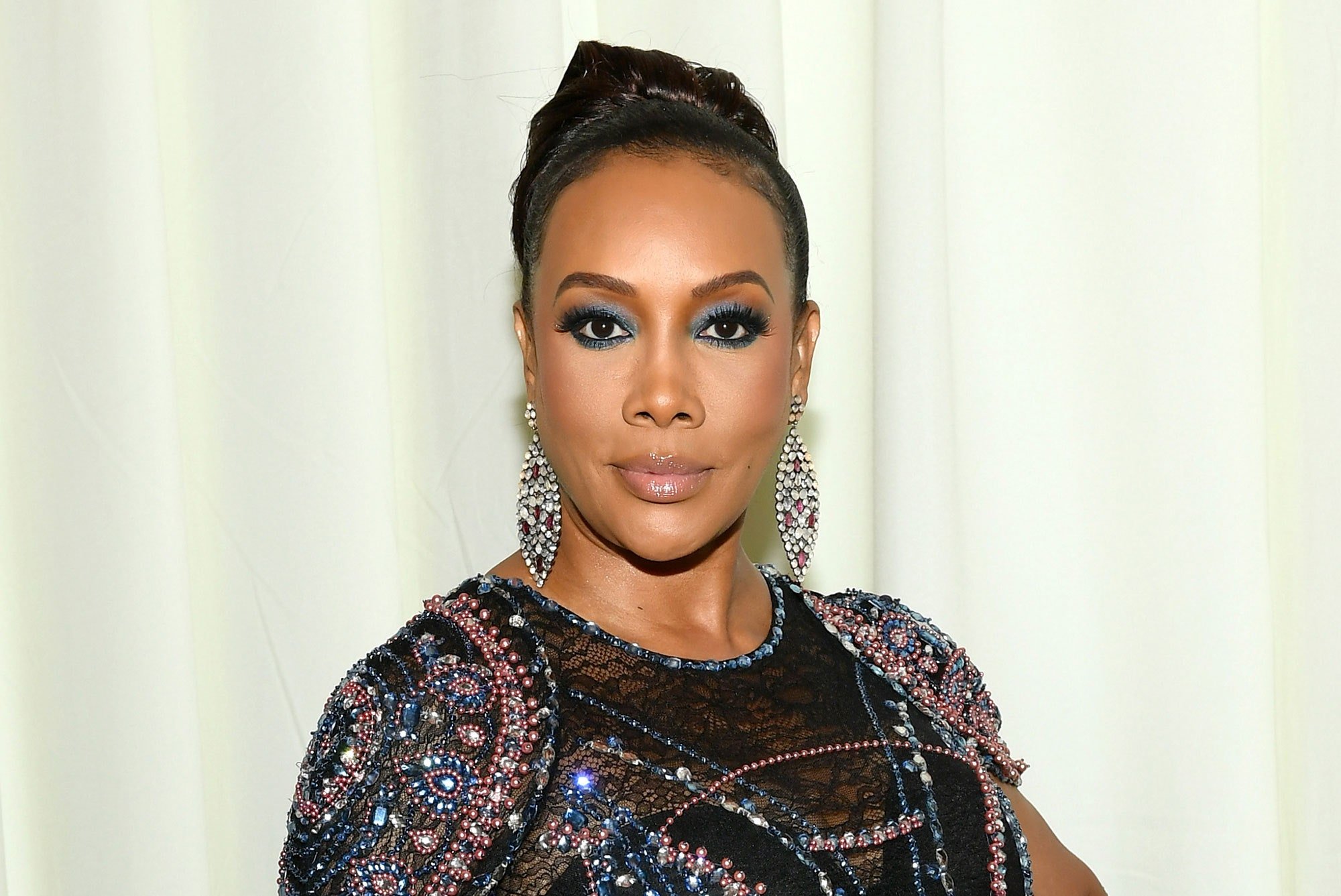 Vivica A. Fox did not hesitate to clap back at a hater on Twitter who decided to criticize her choice in fashion! According to the troll, the actress needs to ‘find clothes that fit’ but she definitely disagrees!
It all started with Vivica appearing in a blue leather mini dress on the newest episode of ABC’s ‘To Tell the Truth.’
RELATED: 50 Cent’s Ex Vivica A. Fox Slams Him For Dating ‘Exotic Women’ Comment And He Claims She’s Still In Love With Him!
The star looked stunning in it but someone on social media thought differently and decided to let her know that it might have been a bit too tight.
Vivica showed up on the show wearing the blue dress by Bell Of California and matching boots that just made everything come together and highlighted her long legs even more.
Many of her fans loved the ensemble but the hater tweeted that ‘Next time on To Tell the Truth, I hope wardrobe can find you clothes that fit.’
RELATED: Vivica A. Fox Invites Kenya Moore On Her Podcast To Discuss Their Beef After The ‘RHOA’ Star Apologizes
The TV host clapped back by saying that they should ‘Shut yo hating a** up!! B**ch I looked FABULOUS in blue and boots giving legs for days!! DONT HATE CAUSE U CANT! MKAY??’
Obviously, Vivica is a very confident person and she will not let anyone tell her how to dress!
Now, the Twitter user most likely regrets coming for her like that after the response she gave!
Obviously, this kind of criticism happens all the time on social media, especially in the case of female celebrities.
Many seem to think they have a saying in how they dress or present themselves in general!
For instance, not too long ago, a similar thing happened to Khloe Kardashian!
The reality TV star was called out for a supposed ‘photoshop fail’ and she saw it necessary to defend herself against the trolls!
Khloe argued that ‘HA I’m cracking up! 4 a few of those GA photos, we shot on a camera lens which creates a stretching effect. The closer that the object’s to camera they’ll get elongated. So in some of my pictures my feet/fingers look incredibly long. It is just the lens guys! LOL but some of these stories are really reaching.’
Advertisement