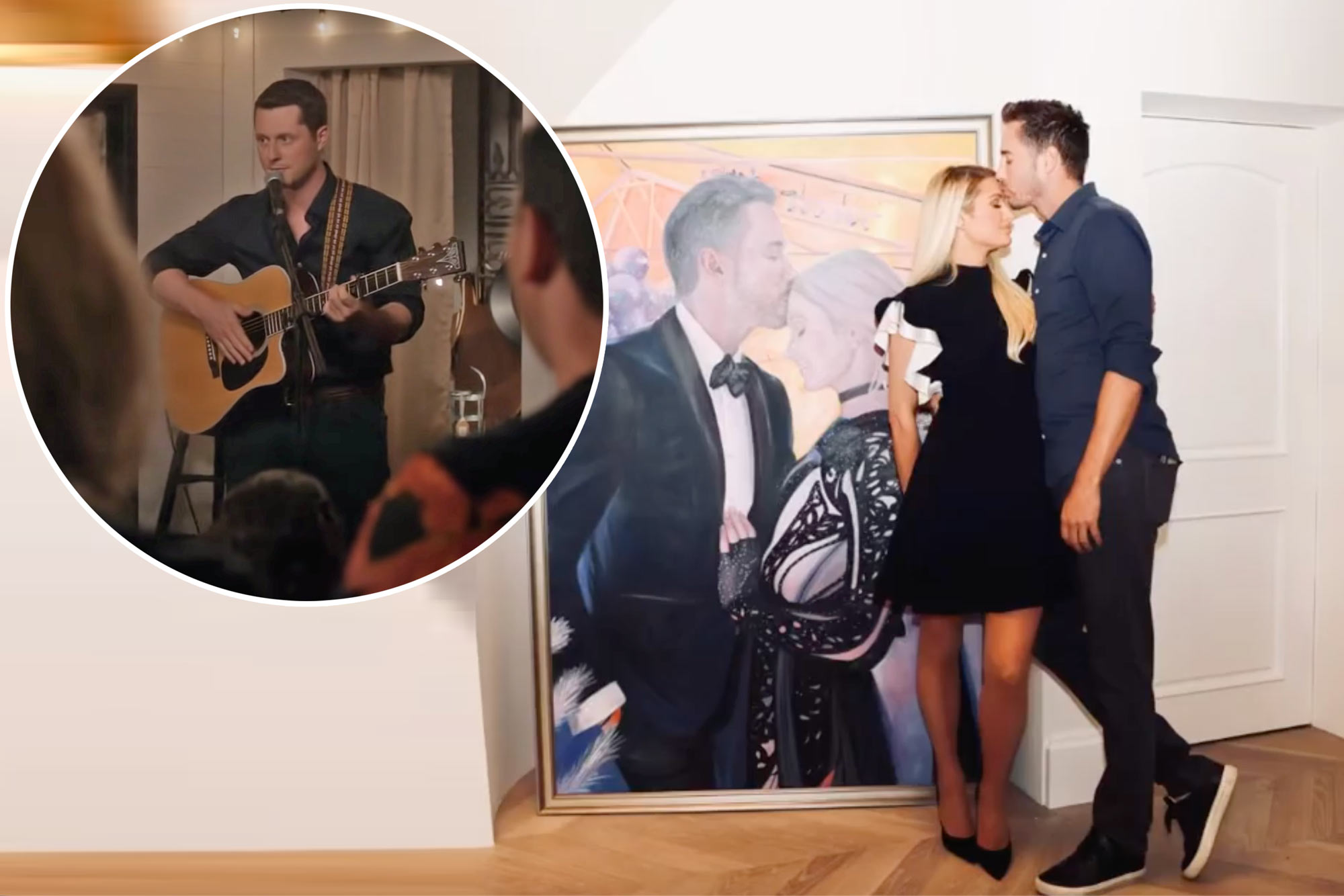 Was Paris Hilton’s birthday gift to her beau Carter Reum a not-so-subtle homage to “Schitt’s Creek”?

The celebrity socialite this week gifted Reum a life-size painting of the couple — and posted images of the pair posing next to the portrait set to Tina Turner’s “(Simply) The Best.”

While there was no mention of “Schitt’s Creek” in Hilton’s posts, her gesture includes some distinct elements from the Netflix comedy hit.

As any fan of the show would know, a life-size portrait of the Rose family — the refugees from high society who find themselves stranded in the titular town — plays a prominent role in the series. The over-the-top artwork was the sole luxe possession that survived the family’s bankruptcy, and is gifted to former video store tycoon Johnny Rose (Eugene Levy) by his wife Moira (Catherine O’Hara).

A more striking similarity is that Hilton scored her social media clip to Turner’s “(Simply) The Best,” which has been called the “de facto anthem” of “Schitt’s Creek” by the show’s fans.

The tune was used as a recurring soundtrack for the love story between the show’s breakout star Dan Levy, who plays David Rose, and his boyfriend Patrick (Noah Reid). In one particularly poignant scene, Reid played a surprise acoustic rendition of the tune at an open-mic night for Levy, and in later episode, Levy, does a private dance number to the song for Patrick.

Making the inspiration perhaps more concrete, Hilton said in a teaser this week for her upcoming podcast, “This Is Paris,” “During this year, I’ve literally never watched so much TV in my life… I love ‘Schitt’s Creek,’ ‘The Simple Life,’ ‘Westworld.’” (And yes, “The Simple Life” was her own 2003 reality show, with a set-up not that dissimilar from, you guessed it, “Schitt’s Creek.”)

Meantime, “Schitt’s Creek” star Annie Murphy, who plays Alexis Rose, has said that to find inspiration for the role she watched interviews with Paris Hilton, Lindsay Lohan and the Kardashians. “I will say that they were very helpful in things like tone of voice and … their actions and that kind of thing. So I do have to thank all those women for their support,” she told Page Six.

The life-size painting and the song figure prominently in the series’ final story arcs: The Roses wind up throwing the garish painting of themselves in the trash (representing how they’ve changed while living among common folk), and when David walks down the aisle to wed Patrick, the show’s recurring group of acapella singers, the Jazzgals, croons “(Simply) The Best.”

A rep for Hilton confirmed that the star is a huge fan of the show, but did not add any further info. We just hope Hilton’s painting doesn’t end up in the trash in a small town.