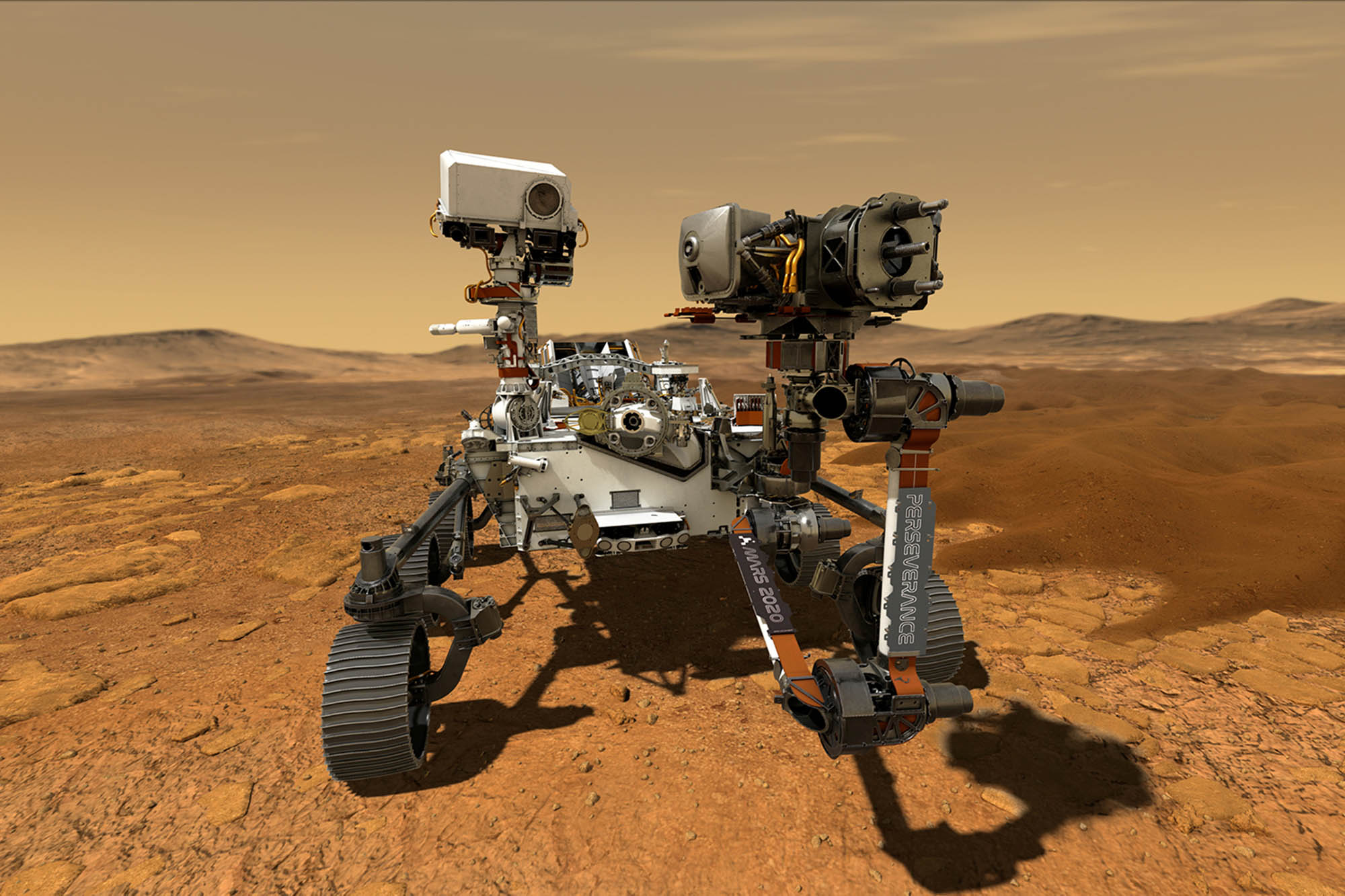 February has been a busy month for Mars, with both the United Arab Emirates and China sending instruments to study the planet’s surface.

Today, it’s America’s turn: NASA’s rover, called Perseverance, is expected to touch down. Among its cargo is a helicopter drone, Ingenuity, which will perform the first-ever controlled flight on another planet.

Best of all, you can watch the historic moment from home, by tuning into the official NASA stream at 2:15 p.m. You can also check it out on NASA’s app, its YouTube channel, Twitter or Facebook page.

The rover is projected to touch down around 3:55 p.m. Here’s everything you need to know about the landing.

On July 30, 2020, the Atlas V rocket launched from Cape Canaveral carrying the rover to Mars. The mission was a decade in the making. Now, more than six months since blasting off, that rover is finally ready to land, equipped with cutting-edge tools that will snap photos, record audio clips and collect samples.

Perseverance is the largest rover to ever attempt landing on Mars’ surface. That’s because it has so much to do, from searching for signs of ancient life, to gathering rocks, dust and soil samples that it will bring back to Earth. It will also try out technologies that could eventually help the dry planet support human life.

The six-wheeled rover is expected to take seven minutes to descend from the top of the Martian atmosphere to the planet’s surface in less time than the 11-minute-plus radio transmission to Earth, Reuters reports. Thursday’s final, self-guided descent of the rover spacecraft will occur during a white-knuckle interval that JPL engineers affectionately refer to as the “seven minutes of terror.”

Ingenuity, a helicopter, weighs less than 4 pounds, but it’s strong enough to withstand Mars’ atmosphere, which is 95 percent carbon dioxide. It can fly for up to 90 seconds to distances of 980 feet and 10 to 15 feet high, helping it get aerial photos.

Scientists believe landing in the Jezero Crater is our best shot at finding life on Mars.NASA

After conducting a five-year study, NASA chose Jezero Crater as the ideal spot for the rover to land. Why? Scientists suspect that 3.5 billion years ago, it was flooded with water and home to a flourishing river delta. If so, the sediment might still contain signs of life.