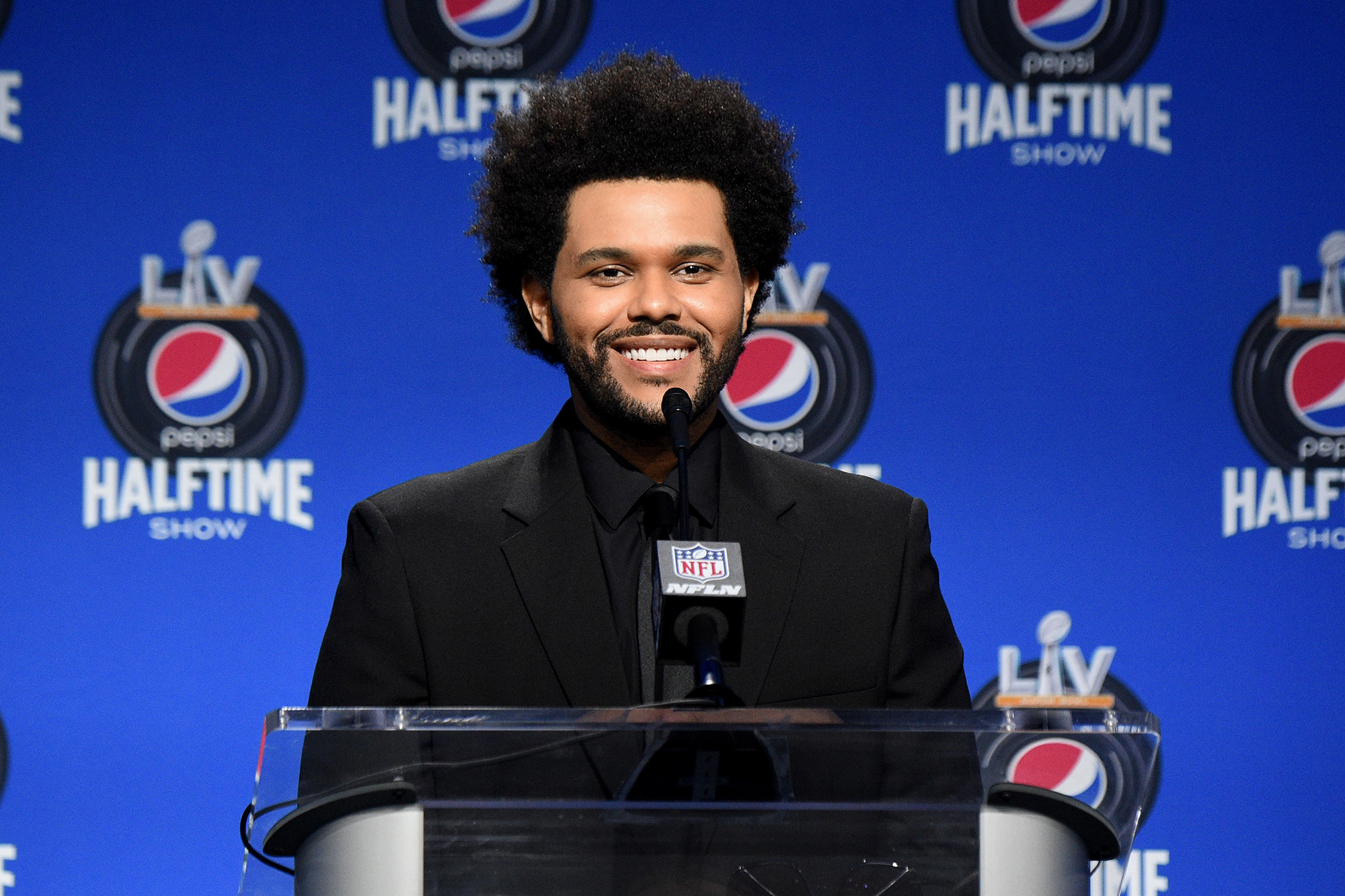 Will the real Weeknd please stand up?

Even as he gets set to headline the biggest gig in the biz at Super Bowl 2021 on Sunday, the “Can’t Feel My Face” singer remains pop’s biggest mystery, revealing little about his personal life and doing few interviews, instead letting his art do the talking.

“We live in an era when everything is so excessive, I think it’s refreshing for everybody to be like, ‘Who the f–k is this guy?” he told Rolling Stone in 2015.

Still riding high on his “After Hours” album — which has produced a string of hits since coming out last March — The Weeknd, 30, will release “The Highlights,” a greatest-hits set, on Friday, and tickets for his 2022 “After Hours” world tour will go on sale Monday.

But before he takes the Super Bowl stage, here are 10 things you need to know about the elusive superstar.

His real name is Abel

The son of Ethiopian immigrants to Canada, he was born Abel Makkonen Tesfaye in Toronto. Raised by his mother and grandmother, he went to Ethiopian Orthodox church, was influenced by Ethiopian singers such as Aster Aweke, and his first language was Amharic. But growing up, the multilingual musician also learned how to speak French in addition to English.

His name is inspired by a crazy life-changing weekend

He came up with his moniker after he and his creative director La Mar Taylor dropped out of high school. They left their homes one weekend — and never came back, moving into a one-bedroom apartment in Toronto with a third friend. To mark that life-changing weekend, he was initially going to call his first mixtape “The Weekend,” but then he decided to try it as his stage name. As for why he dropped that third “E,” there was another Canadian band already called the Weekend.

The Weeknd’s career got a big boost when he was featured on Drake’s 2011 album “Take Care.”WireImage

He has a Canadian connection with Drake

Some early Weeknd songs were heard by Drake’s manager, Oliver El-Khatib, who then touted the singer to the “God’s Plan” rapper. The Weeknd’s career got a big boost when he was featured on Drake’s 2011 album “Take Care.” Their Toronto lovefest continued when Drizzy appeared on The Weeknd’s debut album, 2013’s “Kiss Land.”

He released an ambitious triple album before he hit it big

In 2012, The Weeknd dropped a a three-hour, three-LP compilation, “Trilogy,” which consisted of his 2011 mixtapes “House of Balloons,” “Thursday” and “Echoes of Silence.” A sprawling set of Prince-like proportions, “Trilogy” made his artistic ambitions clear.

The Weeknd and Bella Hadid dated on and off for years.Matteo Prandoni/BFA.com

He had a supermodel sweetheart

The Weeknd began dating supermodel Bella Hadid in 2015. It all started after he asked her to be on the artwork for his 2015 album “Beauty Behind the Madness”; she declined. Once things turned romantic, though, she appeared in his “In the Night” video. Then, after reports of their split in 2016, he serenaded Hadid — among other lingerie-clad catwalkers — at the Victoria’s Secret show. The couple got back together in 2018, before parting ways again in 2019.

After Bella (the first time), there was Selena

After splitting with Hadid in 2016, The Weekend dated fellow pop star Selena Gomez in 2017. They spent time in his Toronto hometown, she traveled with him on his world tour, and they went to both Coachella and the Met Gala together. But their whirlwind romance ended after about 10 months.

Now The Weeknd is rumored to be dating Spanish sensation Rosalía, who appears in his steamy “Blinding Lights” remix video. There’s also been speculation that she might be his surprise guest at the Super Bowl on Sunday.

Selena Gomez and The Weeknd dated after his split from Bella Hadid.Matteo Prandoni/BFA.com

He got Oscar props for “Earned It”

In 2016, The Weeknd was nominated for a Best Original Song Oscar for his hit single “Earned It” from the “Fifty Shades of Grey” soundtrack, although he lost out to Sam Smith’s “Writing’s on the Wall.”

When the 2021 Grammy nominations were announced last November, The Weeknd was surprisingly shut out despite having two No. 1 singles — “Heartless” and “Blinding Lights” — in 2020. After first feeling like it was a “sucker punch,” he’s now singing a different tune. “I personally don’t care anymore,” he told Billboard last month. “I have three Grammys, which mean nothing to me now, obviously.”

The Weeknd’s changing look was for his album, “After Hours.”@theweeknd/instagram, Emma McIntyre /Getty Images

The meaning behind all those bandages

When his album “After Hours” was released last March, The Weeknd adopted the persona of a red-jacketed character who’s going through a seriously bad night in Las Vegas, as evidenced by his bloodied face on the cover. Staying in character throughout the LP’s promotion, he went from having a bandaged nose to showing up at last November’s American Music Awards in full face-dressing. And when he revealed his mug in his “Save Yourself” video, he looked as if he’d just had plastic surgery.

So what gives? “The significance of the entire head bandages is reflecting on the absurd culture of Hollywood celebrity and people manipulating themselves for superficial reasons to please and be validated,” he told Variety this week.

And in his new Pepsi ad teasing his halftime show, The Weeknd has his old face back.