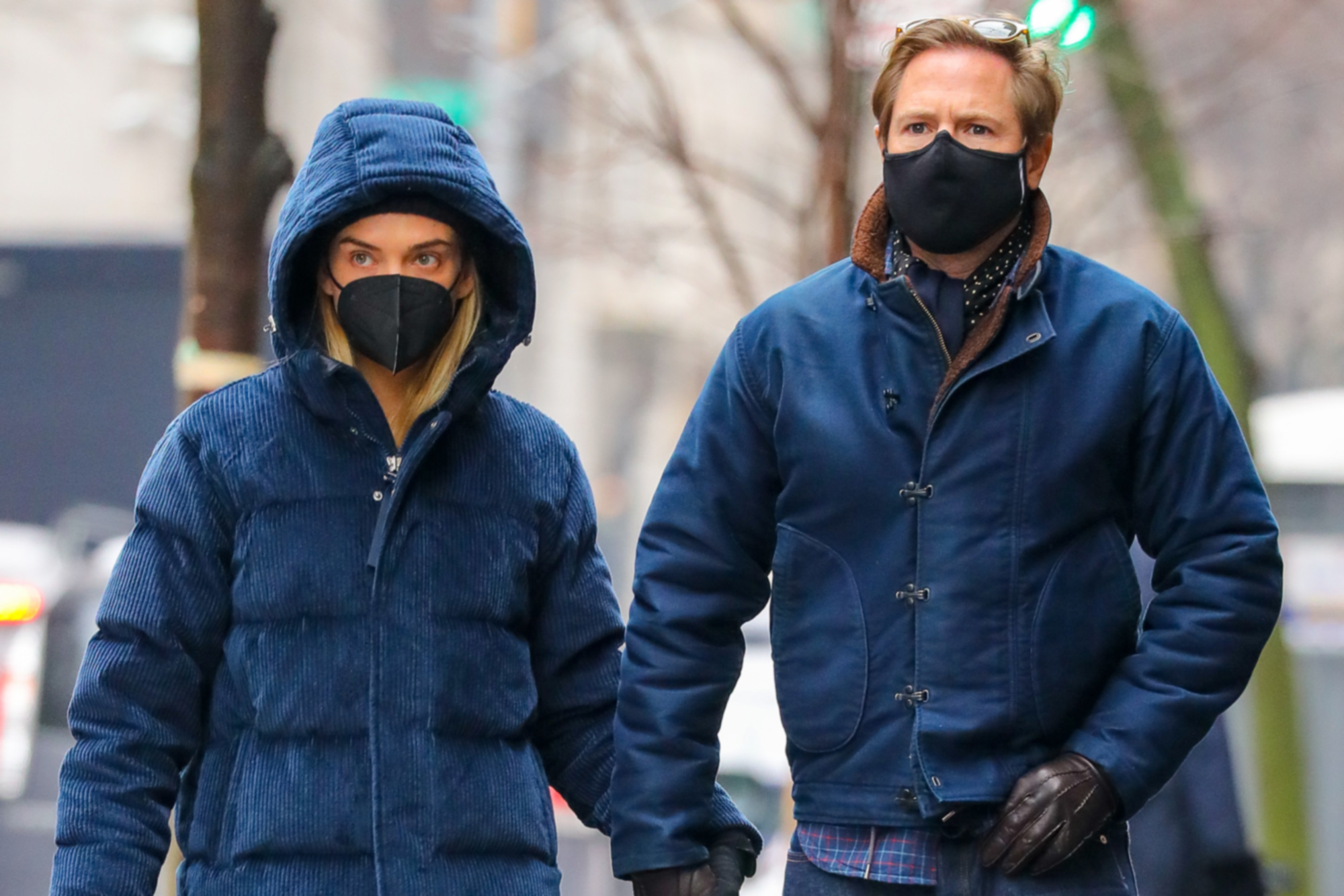 The pair, duly masked up, matched in head-to-toe dark blue, with Kopelman opting for a Navy-style deck jacket and Michler a corduroy puffer jacket. She also donned what appears to be a pair of Uggs for the stroll, which we suppose counts as a statement from Michler, who is the director of fashion initiatives at Vogue.

Just weeks after Page Six revealed that Kopelman, 42, and Michler were dating, Kopelman announced their engagement with a cute kissy photo of the pair he posted to Instagram that showed Michler’s huge diamond ring.

Kopelman and Michler announced their engagement in January.Felipe Ramales / SplashNews.com

The exes, however, are still friends and Barrymore remains close to Kopelmnan’s family.